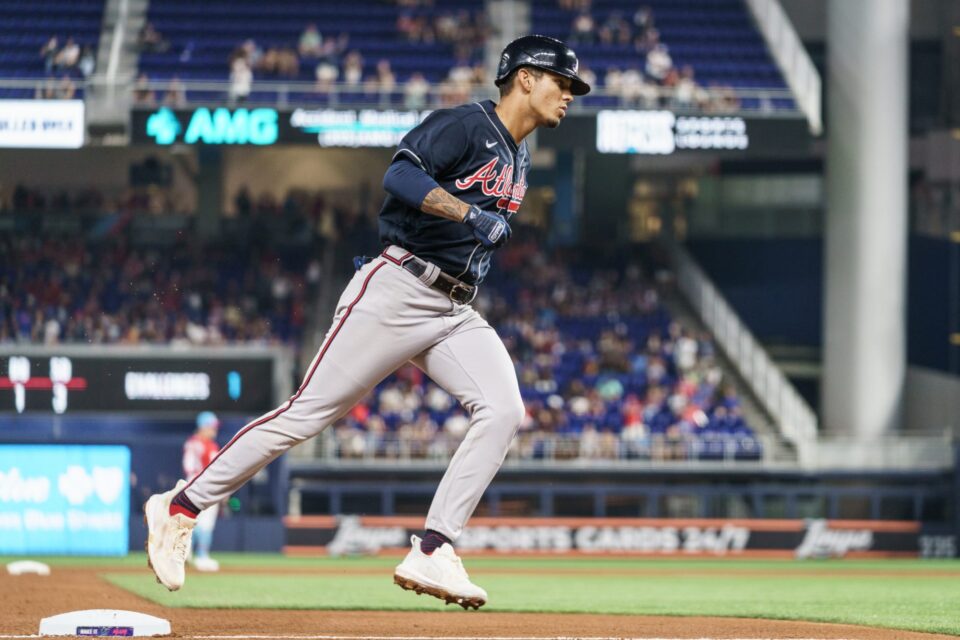 Atlanta Braves rookie Vaughn Grissom made franchise history in his first week with the team.

You can safely say that Vaughn Grissom’s first long weekend with the Atlanta Braves has been nothing short of historic.

Grissom was called up for the first time on Thursday after Orlando Arcia had to go on the IL with a hamstring injury. Although he had only just started playing for Double-A Mississippi, the Braves knew they had something special in their new top overall prospect. Grissom went yard over The Green Monster and stole a base in his MLB debut. He has since had no problems with the Fish.

So how good has Grissom been since Thursday night up in Boston?

He has scored at least one run in all four of his big-league games for the Braves.

This broke a franchise record dating back to 1901 when the franchise was located … in Boston.

#Braves players to score a run in each of their first four Major League games since 1901:

Vaughn Grissom’s first weekend with the Atlanta Braves has been a historic oneWhile we are a ways out from figuring out what to do once Ozzie Albies comes off the IL, Grissom can stay if he remains golden at the plate, Ponyboy. With former minor-league teammates Michael Harris II and Spencer Strider fitting in just fine at the big-league level, this rookie trio are no outsiders. Outside of everything that happened in Queens, this road trip has been … a blast!

When you’re too busy having a blast with the two best friends that anybody could have, you’re not the least bit concerned about making history. It’s not a cool story, Hansel territory just yet, but what happens if Grissom decides to put five on it? Although the Day Braves are fighters of the Night Braves, they too can be champions of the sun if Grissom touches home plate one time on Sunday.

Ultimately, the Braves continue to bring up one quality prospect after another. Strider has been nothing short of Stache N Gas since joining the rotation full-time in June. Not to be outdone, Harris is as much of a serious NL Rookie of the Year candidate as is his mustachioed flame-throwing compadre. The question is if Grissom will have staying power like Stache N Gas and Money Mike.