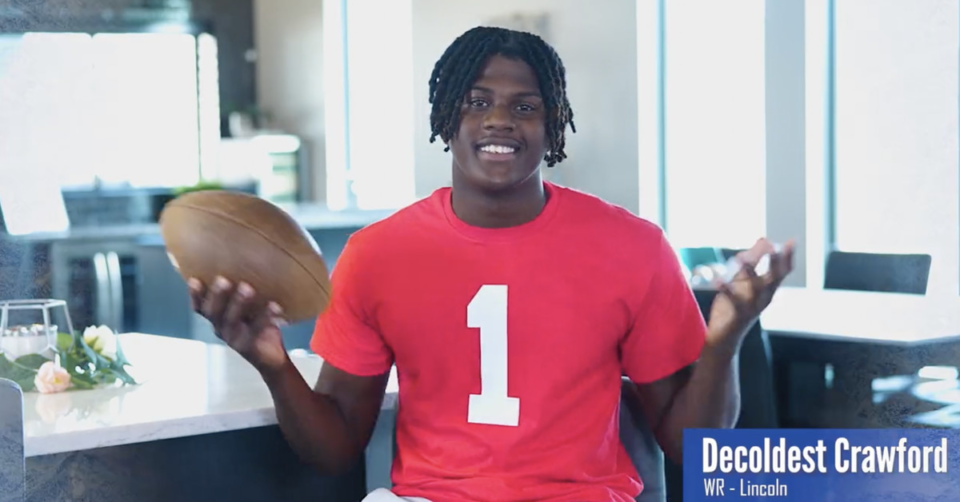 The first year of the NIL in college sports has produced an endless amount of headlines about how players getting paid is ruining the purity of collegiate athletics. NCAA leaders love to talk about how they are “extremely concerned” about the direction of college sports, while football coaches are taking shots at each other in press conferences over alleged dirty recruiting tactics.

Meanwhile, there have been a ton of positives for players who are finally able to be properly compensated for their talents (and all the money they bring their schools). The NIL has particularly been a boon for female college athletes, and has also kept some great talents at the college level who would have otherwise bounced to chase professional dollars.

It’s easy for those in power to be skeptical when the money changing hands isn’t going directly into their own pockets, but even the biggest NIL critics have to admit there have been some charming agreements between players and businesses. The greatest example of this happened earlier this week when Nebraska wide receiver Decoldest Crawford starred in a commercial for an air conditioning company.

This isn’t just business, it’s art. A round of applause for whoever wrote these lines.

“When your AC isn’t the coldest, you call SOS Heating and Cooling.”

“Take it from Decoldest. We will keep you cool this summer.”

Crawford is a freshman who generated buzz for his unique name as much as his talent when he was on a recruit out of Louisiana. He initially committed to LSU before flipped to Nebraska. Unfortunately, Crawford suffered a knee injury in practice recently and is expected to be sidelined for an extended period.

Crawford may be stuck rehabbing for the next few months, but at least he has a little money in his pocket now after this NIL contract. College football fans have had so much fun following his recruiting that it’s only right he was able to profit off his unique name.

Crawford was considered a top-70 wide receiver recruit in his class, and should still have an extremely bright future. Hopefully this is just the start of a long and profitable relationship between him and local air conditioning companies. Regardless of how some feel about the NIL, everyone must agree this partnership is a beautiful thing.

Cachoeira thrilled about win over Lipski: ‘There’s nothing better than a KO’