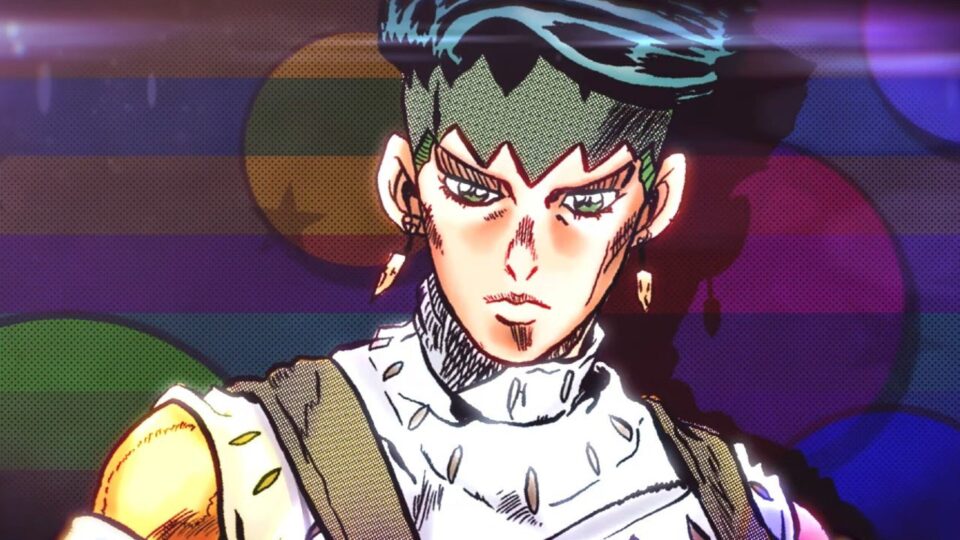 It’s time for another over-the-top, explosive trailer for Bandai Namco’s upcoming JoJo’s Bizarre Adventure: All Star Battle R. The beat ’em up, which is a remaster of a 2013 PS3 game, launches next month on Switch, and we’re now being given lessons in preparation for the game’s release.

In typical Jojo style, however, it’s not a straightforward showcase of the game’s many modes or abilities, oh no. Narrated by Rohan Kishibe and Koichi Hirose — from the Diamond is Unbreakable arc — the two characters give us a rather enthusiastic rundown on just what’s coming to the remaster.

Many of the game’s abilities will be based on moves and skills from the hugely popular manga and anime, with Strands from Stardust Crusaders and Hamon from the first chapter making an appearance. These abilities will all have their own strengths and weaknesses, so you’ll have to find out which one suits you best.

You can also call on the help of other characters from the media franchise too with the game’s ‘Assist’ feature, homages to some of the franchise’s most-iconic moments will play out in some stages, and you can perform a ‘Stylish Guard’ to avoid attacks and look good while doing it.

There’s no Story Mode in this rerelease, instead being replaced by ‘All-Star Battle’ mode, which allows you to take part in dream franchise battles to win rewards. Of course, there is also your standard Versus modes — which let you compete in 1v1 and 3v3 battles — Arcade, Practice, and Online modes. Bandai Namco has confirmed however that the game will not feature rollback netcode, a popular feature that is becoming more and more prominent in the fighting game genre.

Taken it all in? You might want to give the trailer a watch if not — even if it’s just to listen to Rohan and Koichi.

Will you be picking up JoJo’s Bizarre Adventure: All Star Battle R when it launches on 2nd September? Let us know!

We need to ban animal testing. Dr. Oz killing over 300 dogs is a perfect example of why.