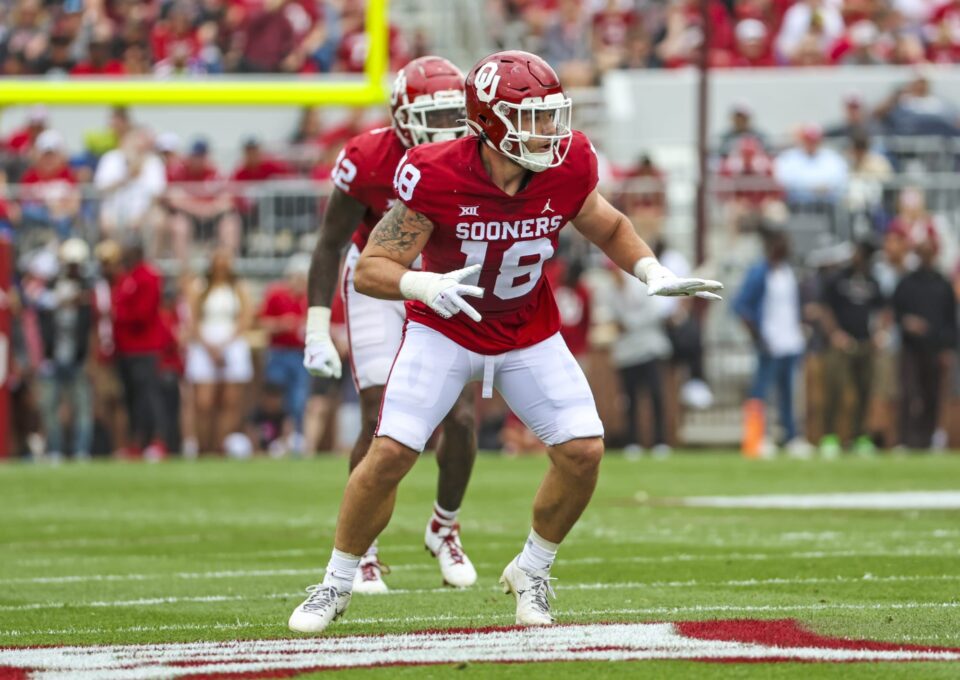 It’ll be difficult enough to get the squad ready to go for the 2022 season but now Roof and company will have to proceed without a potentially key addition.

Roof followed his dad to Oklahoma this offseason but he won’t get the chance to feature for his defense because of this setback.

His presence bolstered a linebacker unit that came into the season ranked No. 14 by Phil Steele. Being a veteran and the son of a coach was likely to make him someone coaches could rely upon early.

Roof has been something like a college football journeyman. He went to Georgia Tech, then transferred to Indiana, then moved to Appalachian State where he played two seasons after sitting out in 2019 per NCAA transfer rules. Ted Roof was App State’s DC in 2019 before heading to Vanderbilt in 2020.

In 2021, he took over a starting job at outside linebacker and earned an All-Sun Belt honorable mention with 68 tackles, 10 tackles for loss, three sacks, two interceptions and a forced fumble.

As always in college football, when someone goes down injured, someone else has to step up in their place. The Sooners will have to rely on their depth to make sure Roof’s absence doesn’t become a major problem for them in 2022.