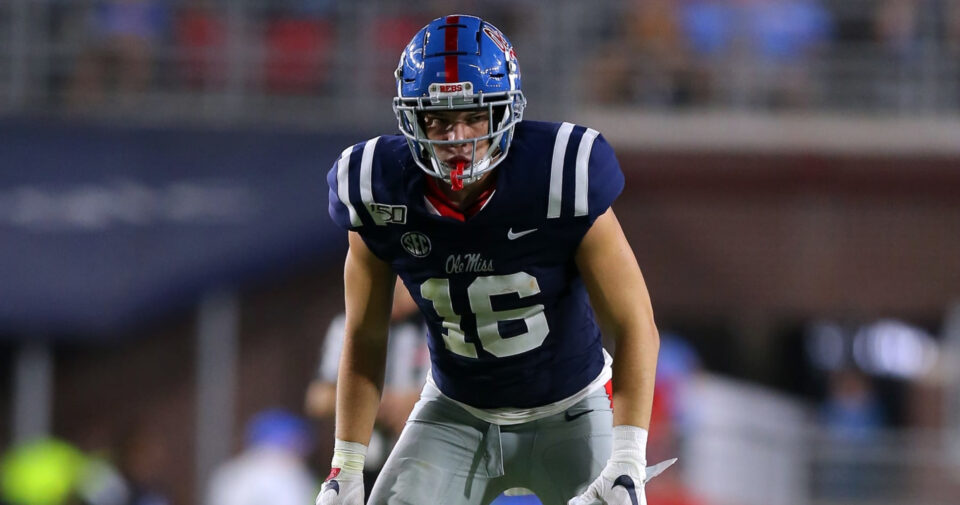 FIU Athletics announced the death of
junior linebacker Luke Knox on Thursday. He was 22.

FIU Athletics @FIUAthleticsWe are saddened by the sudden passing of Luke Knox, a member of the FIU Football program.

We send our thoughts and prayers to Luke’s family, friends and teammates during this difficult time. pic.twitter.com/07tHUiBByj

No further information about Knox’s
death was immediately released.

Buffalo Bills @BuffaloBillsWe’re heartbroken to hear of the sudden passing of Luke Knox.

Sending all of our thoughts, prayers and support to @Dawson_Knox and the Knox family during this difficult time. ❤️ pic.twitter.com/mpkTQYnbve

Knox joined the Rebels
as part of their 2018 recruiting class.

The Tennessee native recorded 11 total tackles, two
passes defended and a fumble recovery across his first three seasons before switching to tight end during spring practices in 2021.

He reunited with MacIntyre, Ole Miss’
defensive coordinator in 2019 and a fellow alumnus of Tennessee’s
Brentwood Academy, by transferring to FIU.

Back at linebacker, he was competing for a
starting role on the Panthers defense ahead of the team’s
season-opening game against Bryant on Sept. 1.