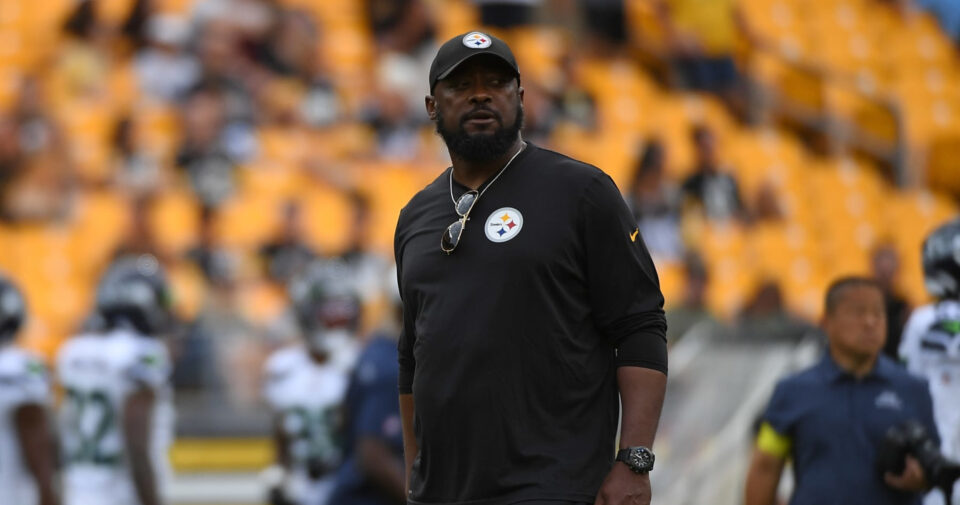 Pittsburgh Steelers players weren’t the only participants in training camp drills this week.

A group of kids who Steelers head coach Mike Tomlin saw fighting in the street made their way to Saint Vincent College in Latrobe, Pennsylvania, as the Super Bowl XLIII-winning coach’s guests.

Fox Sports’ Jay Glazer, who broke the news, provided video of the kids at training camp doing drills with running back Najee Harris as Tomlin looked on.

Jay Glazer @JayGlazerBest thing/story I’ve seen so far on my camp tour. A little backstory. @CoachTomlin was driving in his car when he saw these kids fighting in the street. Tomlin pulls over and the kids, in obvious shock at who stepped out of the car, stopped fighting. (Read full story below) pic.twitter.com/08pFlZTtfx

Jay Glazer @JayGlazerTHIS IS WHAT IT’S ALL ABOUT!!! What a moment for these kids at @steelers training camp!! They were coached by their new friend and did drills with @ohthatsNajee22 …who else wants to join in?

The community center referenced is the Jasmine Nyree Campus, whose stated mission is to “provide the very best in comprehensive special education services to consumers and their families.”

Teresa Varley @Teresa_VarleyThe love @CoachTomlin has for the kids from @JasmineCampus, and the love they have for him in return, can’t be matched. Pure joy. pic.twitter.com/u4jvwMVR5s

The 50-year-old Tomlin is entering his 16th season as the Steelers head coach. He has led Pittsburgh to 10 playoff appearances, two AFC titles and one Super Bowl win. The Steelers have also never experienced a losing season under Tomlin, who sports a 154-85-2 lifetime regular-season record.

Amazon Makes a Change That Third-Party Sellers Won’t Like