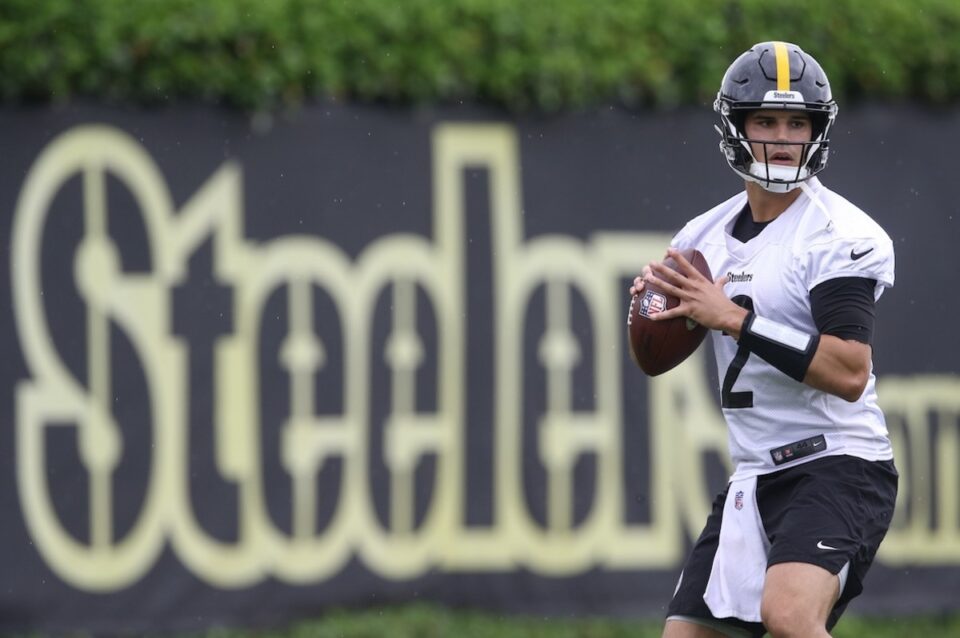 The Detroit Lions are rumored to be very interested in the Pittsburgh Steelers quarterback.

LATROBE, PA — Pittsburgh Steelers quarterback Mason Rudolph has been a hot topic of conversation outside the team’s QB battle. While he’s competing for the starting job with Mitch Trubisky and Kenny Pickett, rumors are circulating about a potential landing spot if dealt from Pittsburgh.

The latest team to be brought into the conversation is the Detroit Lions, who are reportedly interested in making a deal happen quickly with the Steelers.

Rudolph, who expressed his displeasure with his reps at practice, addressed the Lions news by staying away from hypotheticals.

“Those are all scenarios that I have no control over,” Rudolph said. “That’s not what my focus is on right now. My focus is on going down and putting the finishing touches on this week. Today with practice, then there’s walk-through and then Jacksonville.”

Steelers head coach Mike Tomlin confirmed that seventh-round pick Chris Oladokun will begin taking practice reps next week. So far, Rudolph, Trubisky and Pickett have been the only quarterbacks to participate in team drills.

Make sure you bookmark All Steelers for the latest news, exclusive interviews, film breakdowns and so much more!

Devin Bush Not Worried About Future With Steelers