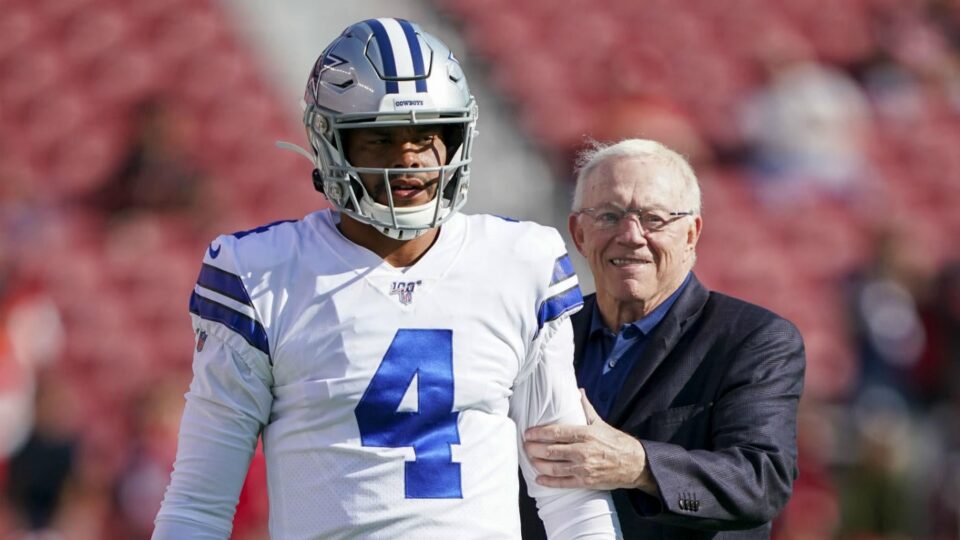 We may have heard the last of Antonio Brown after his controversy from last season, but when he was on the field for Tampa Bay, he provided a huge lift for Fantasy owners. In three of the seven games he played, Brown had more than 100 yards receiving and had five games with at least seven targets. How should you approach the Buccaneers’ offense in your 2022 Fantasy football rankings?

Last year, the model accurately predicted that Patriots running back Damian Harris would dramatically outperform his fifth-round Fantasy football ADP. The result: Harris became the early-down workhorse for New England and rushed for 929 yards and 15 touchdowns to finish as the No. 8 running back in all of Fantasy football. He finished ahead of Clyde Edwards-Helaire, Josh Jacobs and Chris Carson, who were all coming off the board at least 20 picks earlier on average.

The same model has a proven track record providing Fantasy football tips, also identifying A.J. Brown as another sleeper in 2020 and players like Julio Jones and JuJu Smith-Schuster as Fantasy football busts last season. Additionally, it’s called past Fantasy football sleepers like Derrick Henry in 2019, Christian McCaffrey and Alvin Kamara in 2018, and Davante Adams in 2017. Anybody who banked on players like those made a run at their league title.

The model is powered by the same people who generated projections for all three major Fantasy sites, and it beat human experts last season when there was a big difference in ranking. The projections update multiple times daily, so you’re always getting the best Fantasy football advice.

Now, SportsLine has simulated the entire NFL season 10,000 times and released its latest Fantasy football rankings 2022, along with plenty of sleepers, breakouts and busts. Head to SportsLine now to see them.

Some of that has to do with concern over his lack of utilization in the running game in 2021 following his devastating ankle injury in 2020. Some of the concern is also related to wide receiver Amari Cooper being traded away. However, the model still sees Prescott having another prolific season with CeeDee Lamb, Michael Gallup, Jalen Tolbert, Dalton Schultz, Ezekiel Elliott, Tony Pollard and a quality line surrounding him. That’s why the model ranks him as its No. 6 quarterback for 2022.

Another sleeper that SportsLine’s Fantasy football rankings 2022 have identified: Steelers wide receiver Chase Claypool. Last year ended badly after his first down celebration during a two-minute drill against the Vikings derailed Pittsburgh’s chance at a comeback in Week 14. In the 11 games he played before that, he had 47 catches for 753 yards and a 16-yards-per-catch average.

This year, there is concern about the production from all the pass-catchers in Pittsburgh as the team moves on from the Ben Roethlisberger era. In the team’s initial training camp depth chart, Mitchell Trubisky was named the starter, and he threw all of eight passes last season. However, Claypool has had the second-highest target share on the team in his first two seasons (17.79 percent). The model likes Claypool to bounce back this year and have a better Fantasy season than others with higher 2022 Fantasy football ADP like Elijah Moore, Allen Lazard, and Drake London. See which other Fantasy football sleepers 2022 to pick here.

ARPA Grants Continue Supporting Small Businesses Throughout the US