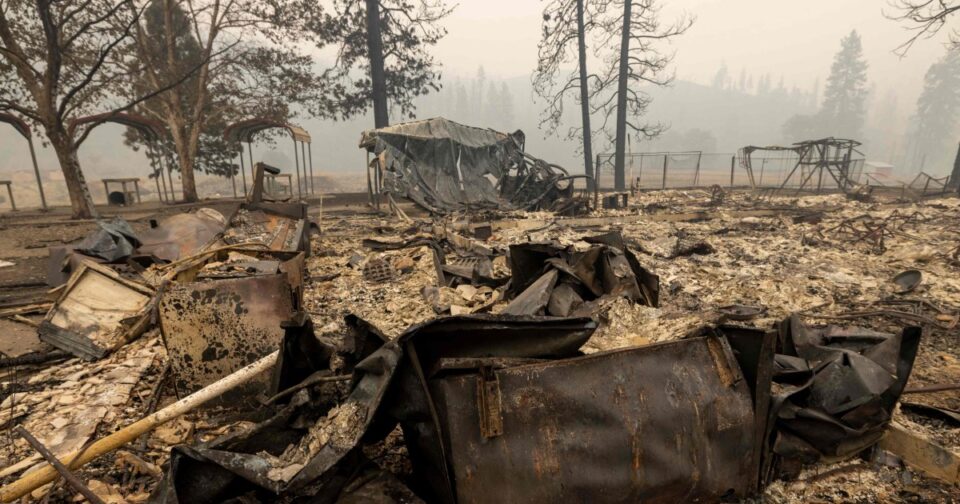 The McKinney Fire started July 29 and within a workweek became the state’s largest blaze this year. Federal officials put that fire to bed Friday with their final written update amid no growth and 95% containment.

The update from the U.S. Forest Service came as local authorities released the identities of the four people killed in the blaze, which burned 60,392 acres.

The sheriff’s office didn’t say how the four died.

DNA and dental records had to be used to identify remains, which were found in a vehicle and in two separate homes, after a firestorm ripped through Klamath River, a community of a few hundred residents where few structures survived, sheriff’s and fire officials said.

One of the four fatalities, Shoopman, was previously identified as a McKinney fatality by the U.S. Forest Service, which said she was a longtime employee known for working at fire lookout stations in the region.

Neighbors also noted that the Kays’ were a married couple well-known in the neighborhood.

Twelve others were injured, and 185 structures were destroyed in the fire in a county that borders Oregon.

On Saturday, a new fire was discovered south of the McKinney Fire’s footprint.

The rapidly spreading Callahan Fire was estimated to be 7 to 8 acres and burning in timber, the Klamath National Forest said. Officials issued an evacuation warning Saturday evening for an area east of the town of Callahan. The cause of the fire was not immediately clear.

Officials are still working to determine what sparked the McKinney Fire, which rapidly expanded in size — surpassing the Oak Fire, the state’s largest at the time — and displayed unruly and unpredictable behavior, officials said at the time.

Residents described panic and chaos as a tsunami of flame menaced anyone left behind in Klamath River in late July, as the fire was fueled by tumultuous winds and lightning from nearby thunderstorms.

The home of Roger Derry, 80, and his son, Rodger, was spared by the inferno. Roger Derry described the experience as terrifying.

“When that fire came over that ridgeline, it had 100-foot flames for about 5 miles and the wind was blowing,” he said earlier this month. “It was coming down like a solid blowtorch.”

Nicole Kurkowski, 32, escaped ahead of the fire with her children Kyra, 10, and Braydàn, 13. She described a soundtrack of fear and salvation.