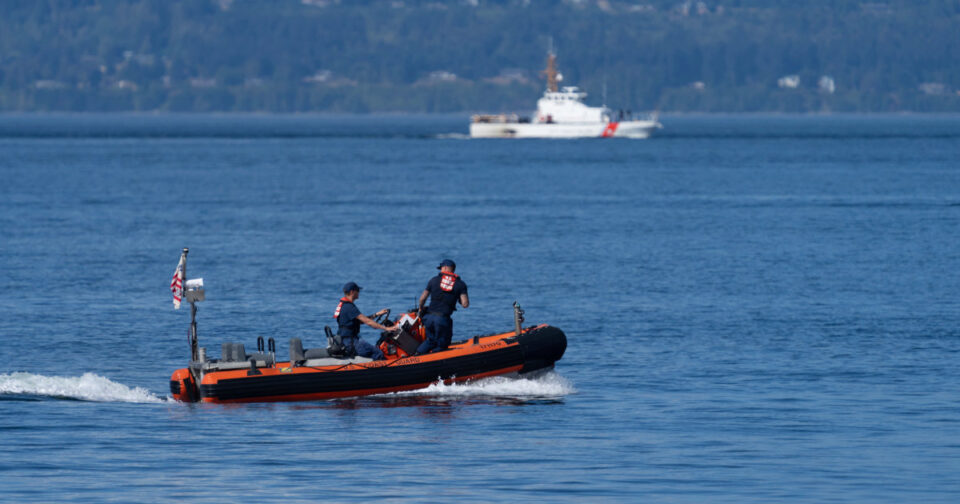 The search for nine people who have been missing since the crash of a floatplane off Seattle on Sunday has been called off, the Coast Guard announced Monday.

One person was already confirmed dead in the Mutiny Bay area of Puget Sound after a de Havilland DHC-3 Otter floatplane carrying 10 people went down off Whidbey Island about 3:10 p.m. Sunday.

“It is always difficult when it comes time to make a decision to stop searching,” Capt. Daniel Broadhurst of the 13th Coast Guard District said in a statement Monday. “The hearts of all the first responders go out to those who lost a family member, a loved one or a friend in the crash.”

One of the nine who were included in the now-suspended search is a child, the Coast Guard said.

A remotely operated underwater vehicle and a drone will continue to assist in searching for wreckage and debris, the agency said.

The Federal Aviation Administration and the National Transportation Safety Board will investigate.

Floatplanes like the de Havilland usually use parallel pontoons for takeoffs and landings using waterways instead of runways. The plane was designed as a short-takeoff-and-landing aircraft, which is favored for locations where runways are comparatively short.

Gavon is a breaking news editor for NBC News Digital.

One of 2 men sought in Canada stabbing attacks found dead