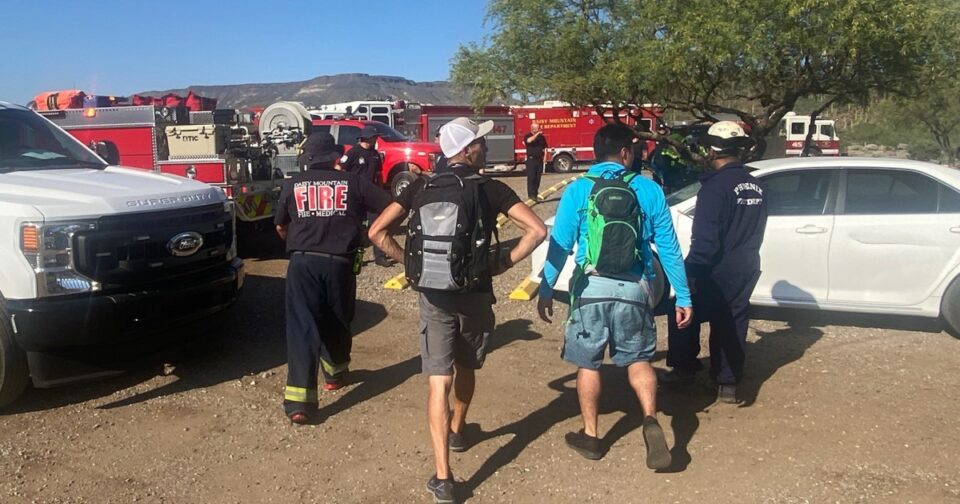 A hiker died Monday and five others were rescued after the group ran out of water and got lost on trails amid scorching triple-digit temperatures in Arizona.

Deputies with the Maricopa County Sheriff’s Office received a call on Monday at 1:25 p.m. for possible heat exhaustion at the Spur Cross Trailhead Mountain, about 40 miles north of Phoenix.

Five people were evaluated by fire officials and released on scene, the sheriff’s office said.

A man was transported to the hospital and was later pronounced dead, officials said. The man was described as in his 20s, the Scottsdale Fire Department said.

His name was not released.

Fire officials said the group of hikers had run out of water, gotten lost along the trails and were found “suffering from heat emergencies.”

A high of 109 degrees was reported at Phoenix Sky Harbor International Airport on Monday, 6 degrees above normal for the date, according to the National Weather Service.

The weather service said a “prolonged period of above normal temperatures” is forecast to continue through the middle of the week, with an excessive heat warning in effect through Wednesday in the Phoenix metro area.

The Scottsdale Fire Department issued a warning to locals heading out for hikes to be prepared.

“It is important to plan your hike, hike the plan, bring plenty of water, and know how to identify heat exhaustion,” fire officials said.

The Monday death comes after the body of another hiker, a 31-year-old man, was found dead Aug. 27 after he got separated from his group in Arizona’s Sara Park, the Mohave County Sheriff’s Office said. The group of hikers had called for help and authorities found they suffered from dehydration and heat exhaustion in the blistering weather.