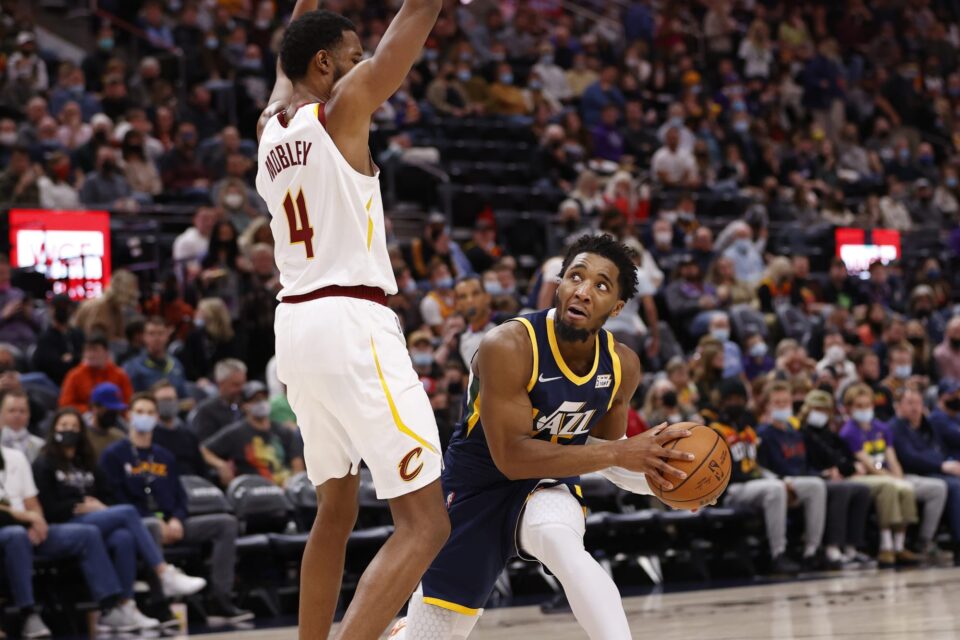 The Cavs were able to surprise the league and trade for Donovan Mitchell despite the New York Knicks looking like the front-runner.

When things seemed to have died down in regards to a potential trade for Donovan Mitchell, the Cleveland Cavaliers were able to slither their way back into the fold and present the Utah Jazz with an offer they couldn’t refuse.

Not only did the New York Knicks miss out on another opportunity to improve their roster, they allowed another Eastern Conference team to maneuver their way into the fold and steal Mitchell.

How did the Cavs swoop in for Donovan Mitchell despite Knicks interest?Things happen so fast in today’s sports world, especially in the NBA. Just hours prior to Donovan Mitchell being traded to the Cavaliers, things seemed as if Mitchell was going to be wearing a Utah Jazz uniform to begin the 2022-23 NBA season. Before the trade, reports circulated that the Cavs were indeed pulling out of trade talks for Mitchell and that the Jazz were pulling themselves out of the trade market.

In reality, the Cavs played the waiting game and waited for the Knicks to do what they always do and aggressively pursued Mitchell.

Once the Cavs presented the offer of forward Lauri Markkanen, rookie Ochai Agbaji, guard Collin Sexton (signed a four-year, $72 million sign and trade deal to join Utah), three unprotected first-round picks (2025, 2027 and 2029) and two pick swaps (2026 and 2028) for the All-Star guard Mitchell — that sealed the deal.

Obviously, this reshapes the Eastern Conference and makes the Cavs a contender. Adding Mitchell to a lineup that already has two All-Stars in center Jarrett Allen and guard Darius Garland , along with rookie sensation Evan Mobley (who should have been Rookie of The Year), this is a team that can compete in the playoffs.

According to ESPN’s Adrian Wojnarowski, Cleveland President of Basketball Operations Koby Altman was in discussions with the Jazz through the end of last week but ended talks Friday, unable to complete a deal. Nevertheless, Altman reached back out to Utah General Manager Justin Zanik just a few days later when negotiations with the Knicks broke down. Within 48 hours, they reached a deal to acquire Mitchell.

Undoubtedly, New York had all of the assets Utah preferred, but the Knicks refused to include Quentin Grimes in a trade package with RJ Barrett. Instead, they proposed Immanuel Quickley. On top of that, Utah wanted at least three first-round draft picks, but the Knicks were only willing to offer one.

New York still remained interested in pursuing Mitchell, but the Jazz altered their focus back to the Cleveland discussions. The Knicks took a naïve approach and lost out on another star. Although, Mitchell was very enthused about playing in New York, but both the 25-year-old All-Star guard and Cavs teammates seem ecstatic about this new beginning.

Mitch Trubisky’s NFL career looks so much better on paper

The Moonshot: Pitchers who could outperform the Red Sox bullpen