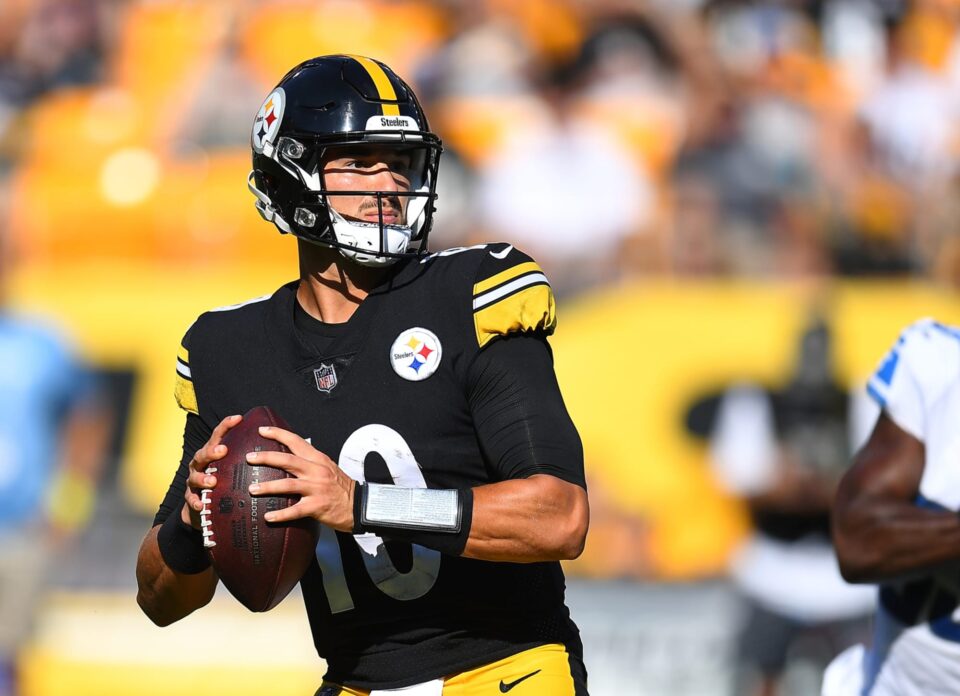 Mitch Trubisky’s career numbers are incredibly deceiving, so don’t be a fool and buy into them.

Close only counts in horseshoes, hand grenades and Mitch Trubisky’s career stat line in the NFL.

On paper, Trubisky is in rare company when it comes to passing yardage, completion percentage and quarterback wins during his first four NFL seasons with the Chicago Bears. Unfortunately, he is not Patrick Mahomes, Kurt Warner, Russell Wilson, Dak Prescott or Carson Palmer, as Trubisky is on his third team in as many years. He is the Pittsburgh Steelers‘ paper tiger, and nothing more.

The one quarterback who does not belong on this CBS Sports graphic is the one written in all caps.

Quarterbacks with 10,000+ passing yards, a 64%+ completion percentage and 29+ wins in their first four NFL seasons:

While he commanded the starting job right away, this is not ideal for the Kenny Pickett era one bit.

Trubisky can win games leading the Steelers, but they will never win championships with him.

Mitch Trubisky’s career NFL statistics are misleading and don’t tell the real storyAthleticism, leadership and organizational incompetence are what led to Trubisky being the No. 2 overall pick in the 2017 NFL Draft. Although Trubisky did win plenty of games in Chicago, his play was often to the team’s detriment. Chicago won games throughout the Matt Nagy era, on account of the defense in which he had no hand in. At least Trubisky has been able to reinvent himself a bit.

Backing up Josh Allen and hardly playing at all in Buffalo was the best thing to happen to Trubisky in his career. Unfortunately, the Steelers are giving the car keys to the next Bubby Brister, Neil O’Donnell or Tommy Maddox under center. Kordell Stewart will always be the more dynamic player. To be frank, we are not going to see if Pickett can be the next Big Ben until he starts games.

Even if Trubisky plays at a level akin to when he was a Pro Bowler or an NVP in Chicago, the Steelers will have the fourth-best starting quarterback in the division once Deshaun Watson serves his 11-game suspension. Thank goodness for Jacoby Brissett filling in for Cleveland in the interim. The Steelers may have drafted Pickett to play him early, so why are they not doing that?

Pittsburgh has one way to win with Trubisky, which is to lean on its defense and play ball control.

How the Cavs were able to swoop in for Donovan Mitchell