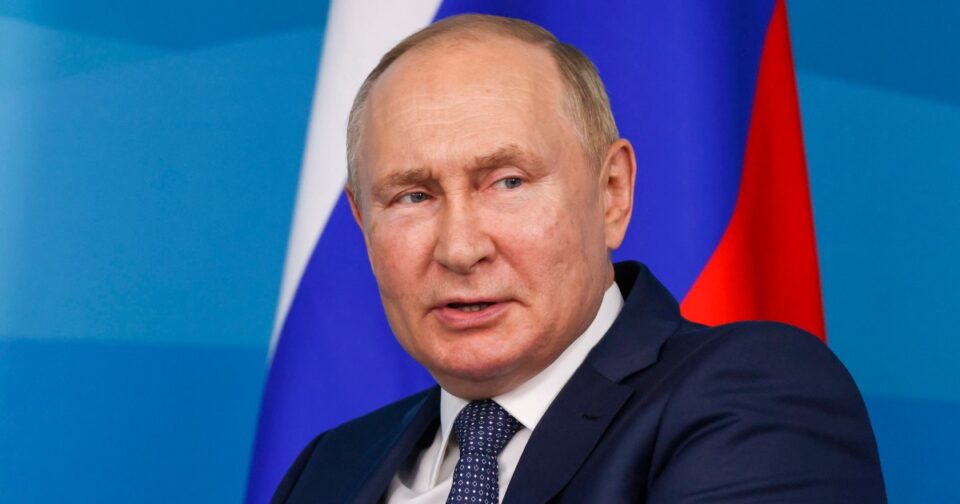 Russian President Vladimir Putin mocked the West’s response to his invasion of Ukraine on Wednesday, insisting that his country had “not lost anything” after the “sanctions frenzy.”

Vowing that Moscow would press on with its military action, he said that Russia had  “resisted the economic, financial and technological aggression of the West.”

“I’m sure that we haven’t lost anything and we won’t lose anything,” Putin told an annual economic forum in Russia’s far-eastern port city of Vladivostok. “The most important gain is the strengthening of our sovereignty, it’s an inevitable result of what’s going on.”

He added that the economic and financial situation in Russia had stabilized, consumer prices inflation had slowed down and unemployment has remained low.

Putin said that “a certain polarization is taking place, both in the world and inside the country,” something he said he thought was “only for the best.”

“Everything unnecessary, harmful and everything that keeps us from moving forward will be abandoned,” he said, adding that Western sanctions were “a danger to the entire world.”

Taking aim at foreign corporations that have pulled out of Russia since the invasion, Putin said that many European companies were now folding because of their choice to leave.

He added that Western attempts to cap prices for Russian oil and gas were “stupid” and Moscow will have enough customers in Asia.

“The demand is so high on global markets that we won’t have any problem selling it,” Putin said.

“Any attempt to limit prices by administrative means is just ravings, it’s sheer nonsense,” he added. “It will only lead to a hike in prices.”

The confrontation with the West over Ukraine has prompted Russia to embark on a hurried tilt toward Asia, and particularly China, once a junior partner of the former Soviet Union and now the world’s second largest economy.

“Emerging states and regions around the world, primarily, of course, in the Asia-Pacific region, now play a substantially bigger role,” he said.

Putin said that the West was failing because a futile and aggressive attempt to isolate Russia with sanctions was destroying the global economy just as Asia was rising to claim the future.

Putin and his Chinese counterpart, President Xi Jinping, will meet next week at a summit in Uzbekistan, a Russian official told The Associated Press on Wednesday.

If it goes ahead, it will be Xi’s first foreign trip in 2½ years. The pair last met in Beijing in February, weeks before the Kremlin sent troops into Ukraine.

Putin also rejected the European Union’s argument that Russia was using energy as a weapon by suspending gas supplies via the Nord Stream 1 gas pipeline to Germany.

He reaffirmed the Russian argument that Western sanctions have hampered maintenance of the last turbine that remains in operation, forcing its shutdown.

Putin repeated that Moscow stands ready to “press the button” and start pumping gas “as early as tomorrow” through the Nord Stream 2, which has been put on hold by the German authorities.

Rhoda Kwan is a Taipei-based journalist.

A high school football player vanished. He was found safe — and charged with murder