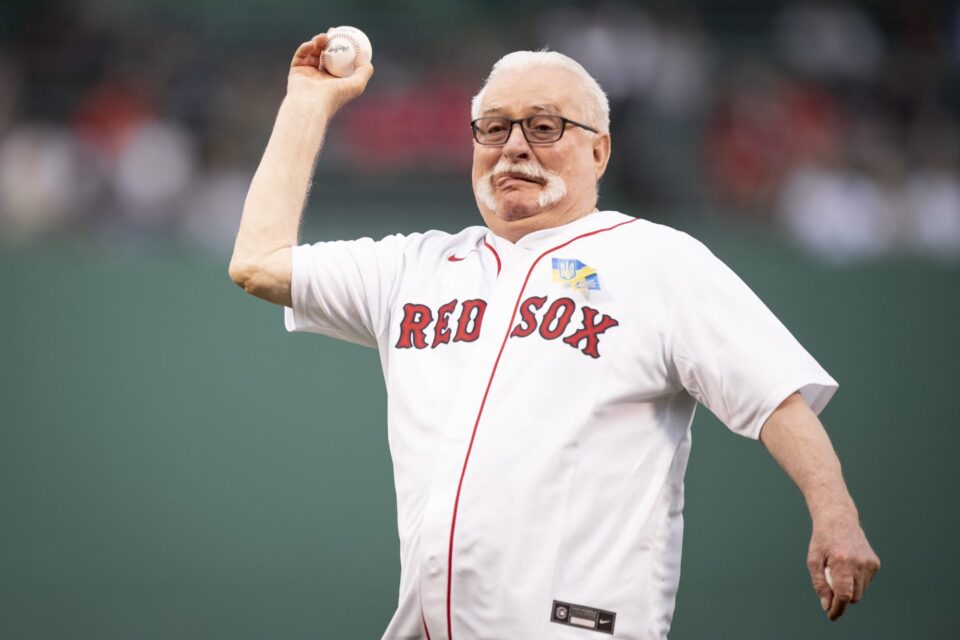 Well, we believe in exit velocity, bat flips, launch angles, stealing home, the hanging curveball, Big League Chew, sausage races, and that unwritten rules of any kind are self-indulgent, overrated crap. We believe Greg Maddux was an actual wizard. We believe there ought to be a constitutional amendment protecting minor league baseball and that pitch framing is both an art and a science. We believe in the sweet spot, making WARP not war, letting your closer chase a two-inning save, and we believe love is the most important thing in the world, but baseball is pretty good, too.

Welcome to The Moonshot.

What happened to Cody Bellinger?Some Dodgers fans were wondering why Cody Bellinger randomly got “rest” in the middle of a crucial series against the Milwaukee Brewers in August. He was “slumping” a bit, sure, but it was nothing different from his usual output the last couple of years overall.

So what was the reason? Did the Dodgers want more action from Joey Gallo? Did they want to see more of Chris Taylor in center field?

It’s worth wondering if the 27-year-old simply doesn’t have it anymore (he’s worth a 1.2 WAR since the start of 2020) … and it’s even more of a discussion of whether or not the Dodgers will tender him a contract in the offseason since he’s expected to make close to $20 million in his final year of arbitration.

Minor league legends never dieChandler Redmond’s Home Run Cycle sounds like one of those 1930s minor-league stories that get circulated so often its hero starts to sound mythical.

Orioles minor-league hurler Steve Dalkowski supposedly threw 110-115 miles per hour, predating Aroldis Chapman by decades, but couldn’t figure out where the ball was going, inspiring Aroldis Chapman decades later. Slugger Joe Hauser, otherwise known as “Unser Choe,” a good nickname to have if you want to constantly be asked if you are okay, bashed 60+ homers twice, setting a then-record with 69. Fellow slugger Joe Bauman beat that record with 72 in 1954 for the Class C Roswell Rockets.

Of course, what these men all have in common is their lack of a significant major-league imprint (though Hauser did hit 60 big-league bombs, too). Chandler Redmond, a Cardinals farmhand and 32nd-round pick out of Gardner-Webb, would love to rise about the myth and end his story differently.

Redmond, overall, is having a deeply satisfying 2022 season, smashing 19 home runs with a .788 OPS in the Double-A Texas League. He’s also contributing to one of the game’s premier organizations in St. Louis, which seems to regularly churn out grip-it-and-rip-it sluggers, giving the likes of Matt Adams and Luke Voit the chance to bring their oxen along and mash like Paul Bunyan in the major leagues.

But until Redmond gets that big-league shot, he’ll forever be known as the semi-anonymous Cardinals beefcake who mashed a solo shot, two-run bomb, three-run dinger and grand slam, all in the same August game. In the re-telling 80 years later, someone’s grandpa may toss an inside-the-parker in there for good measure, too. After all, that’s how minor-league tall tales work, right?

Pitchers who could outperform the Red Sox bullpenThe Red Sox bullpen is the source of pain and bad things in this worldIt’s not hyperbolic for me to say that watching the Red Sox take out the starter and look to the bullpen is one of the worst parts of every night. The starter could’ve given up five runs and three innings and it would still inspire more confidence than what’s running through that door in the outfield.

Being magnanimous and generous, I’ve decided to offer five options that Boston could bring out of the ’pen that would make me feel better than Jeurys Familia, Matt Barnes, (god forbid) Ryan Brasier, or anyone that’s not Garrett Whitlock who the Red Sox are turning to in relief situations.

5. That kid from the NFL Play 60 commercials who wanted Cam Newton’s job

While this kid might have a road map to usurping Cam now that the former NFL MVP can’t find a home, I saw the range of motion and the confidence when he was warming up. He’s no turkey-tosser on the bump, which is just about what it takes to qualify to be an upgrade to the Boston bullpen.

Being in a baseball movie is more qualification to pitch in the majors than what some of the Red Sox relievers have put on display, so with Costner having been in several, I’ll put Chaim Bloom in touch with Dances With Wolves right away.

Per my sources (Gabrielle herself), this gem of a woman is ready to take the hill right now and show these walking disasters how to get three outs. Sign me up for that kind of fire and you can’t teach the type of veteran know-how she undoubtedly possesses.

2. The Black Knight from Monty Python and the Holy Grail after he’s lost his arms and legs

You might be saying, “but Cody, how is this guy going to pitch?” Well, that’s a question I ask myself about the Red Sox relief pitchers on a routine basis — and they have their arms and legs. Besides, it’s just a flesh wound.

1. A literal sack of potatoes

If nothing else, at least you could cut, season, and fry these into a nice side dish after the game. That would be more of an asset than what Boston is currently getting from the bullpen.

To all the pitchers Albert Pujols has homered off ofAlbert Pujols broke a huge Barry Bonds record this season by homering off of 450 different pitchers. Over his 22-season career, he’s clearly seen a lot and has watched players come and go throughout the league. He’s had the chance to directly face some incredible pitchers, and he’s homered off some of them too.

Some of the most notable pitchers Pujols has homered off include:

Whether or not he reaches his goal, he’s set on retiring after this season and has been fun to watch over 22 years. Though he’s lost some steam from his early days, he had a successful career and hit .296/.374/.543 for an OPS of .917 over it. The St. Louis Cardinals veteran certainly had a big impact on baseball and is leaving his mark for many generations to come.

How the Cavs were able to swoop in for Donovan Mitchell