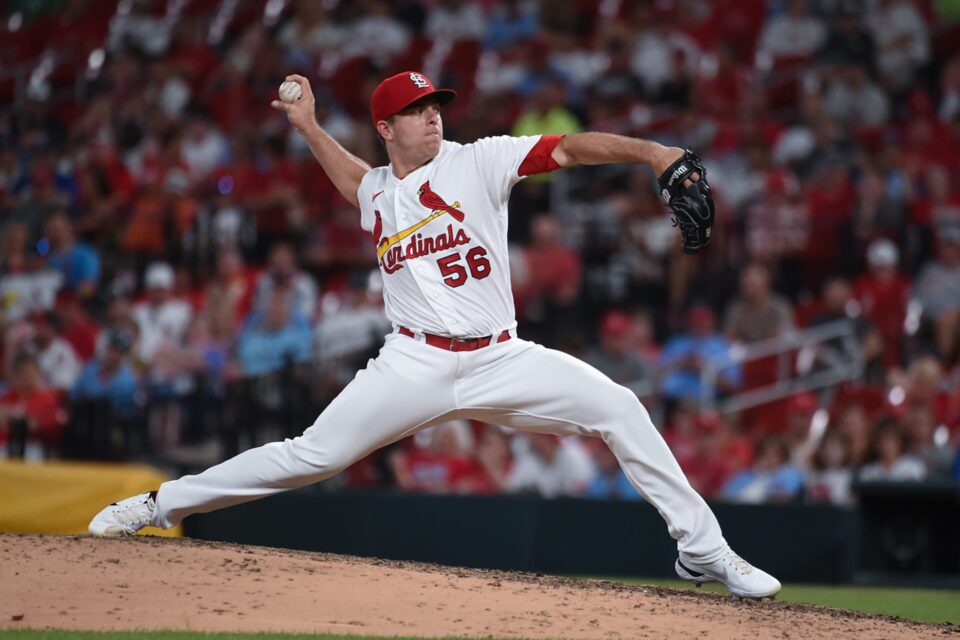 While Edwin Diaz’s entrance has captivated audiences, St. Louis Cardinals reliever Ryan Helsley’s walk to the mound may give him a run for his money.

In the past, Mariano Rivera of the New York Yankees had one of the best entrances for a closing pitcher, as he jogged to the mound to Metallica’s “Enter Sandman.” In recent years, Edwin Diaz of the New York Mets has received praise for using “Narcos” by Blasterjaxx and Timmy Trumpet as his entrance song. In fact, Trumpet actually played Diaz to the mound live from Citi Field!

One entrance that baseball fans may be overlooking is that from St. Louis Cardinals closer Ryan Helsley. During the team’s Sept. 6 game against the Washington Nationals, the lights turned red, and Helsley entered to AC/DC’s hit song “Hells Bells.”

Take a look for yourselves.

Cardinals closer Ryan Helsley’s new ‘Hells Bells’ entranceThe lighting. The ringing of the bells. That was, to be quite frank, awesome.

Helsley’s entrance with the bright red lights debuted in the aforementioned game. Imagine standing in the on-deck circle and seeing the lights turn red and your opponent emerges from the bullpen.

How did it work out for Helsley? Well, he closed out the game after striking out one batter and allowing one hit on 21 pitches to secure the 4-1 victory.

The Cardinals are in first place in the NL Central by a sizable margin, which means there is a likelihood that baseball fans can see Helsley’s entrance broadcasted in a postseason game at Busch Stadium.