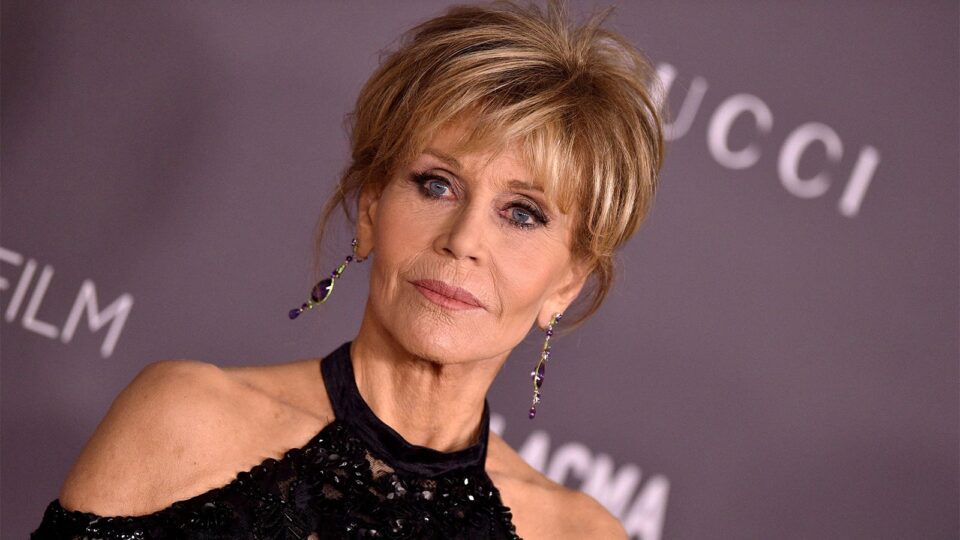 “So, my dear friends, I have something personal I want to share. I’ve been diagnosed with non-Hodgkin’s lymphoma and have started chemo treatments. This is a very treatable cancer. 80% of people survive, so I feel very lucky. I’m also lucky because I have health insurance and access to the best doctors and treatments. I realize, and it’s painful, that I am privileged in this. Almost every family in America has had to deal with cancer at one time or another and far too many don’t have access to the quality health care I am receiving, and this is not right.”

Fonda has started 6 months of chemotherapy and says she is tolerating the treatments fairly well.

She also stressed that she intends to continue her activist causes, such as the climate change-based Fire Drill Fridays and supporting candidates for the upcoming midterm elections.

Non-Hodgkin lymphoma (NHL) comprises a heterogeneous group of lymphoproliferative malignancies with differing patterns of behavior and responses to treatment.

NHL usually originates in lymphoid tissues and can spread to other organs. NHL is much less predictable than Hodgkin lymphoma and has a far greater predilection to disseminate to extranodal sites. The prognosis depends on the histologic type, the stage, and treatment.

NHL can be divided into two prognostic groups: indolent and aggressive.

Indolent NHL has a relatively good prognosis, with a median survival as long as 20 years, but these lymphomas usually are not curable in advanced clinical stages. Early-stage (stages I/II) can be effectively treated with radiation therapy alone. Most of the indolent types are nodular (or follicular) in morphology.

Indolent NHL grows slowly and in some cases may not cause symptoms for years. People with indolent NHL can often postpone treatment until their symptoms worsen, with no negative effects on survival.

The mainstays of treatment for the different types of NHL have been chemotherapy, radiation therapy, and the targeted therapy rituximab (Rituxan). A stem cell transplant is sometimes used for lymphoma that has recurred, but the procedure carries risks. Two chimeric antigen receptor (CAR) T-cell therapies have been approved to treat some types of recurrent lymphoma, though most people with recurrent lymphoma will die of their cancer.

Most research on treatment for NHL is now focused on targeted therapy and immunotherapy. Researchers are also trying to identify genetic changes in different types of lymphoma that might be targets for new drug development.

For example, in 2018 a study led by NCI researchers identified genetic subtypes of diffuse large B-cell lymphoma (the most common type of NHL) that could help explain why some patients with the disease respond to treatment and others don’t. Further studies may lead to more tailored treatments for patients with this type of lymphoma.

Many types of NHL are driven by a signaling pathway called the B-cell receptor signaling pathway. A drug called ibrutinib (Imbruvica) has been developed to shut down that pathway. In the last several years, the drug has been approved for the treatment of small lymphocytic lymphoma and Waldenstrom macroglobulinemia, two types of indolent NHL. Ibrutinib has also received approval for mantle cell lymphoma (which can be aggressive or indolent) and marginal zone lymphoma (indolent).

Many other targeted therapies are being tested in NHL. Some that have been approved for specific subtypes include:

It has been found that, in lymphoma, resistance to a single agent can occur quickly. Researchers are now testing combinations of targeted therapies to treat NHL to try to overcome this resistance.

CAR T-cell therapies are a type of treatment in which a patient’s T cells are changed in the laboratory so they will attack cancer cells. In 2017, FDA approved the first CAR T-cell therapy — axicabtagene ciloleucel (Yescarta) — for people with large B-cell lymphomas whose cancer has progressed after receiving at least two prior treatment regimens.

CAR T-cell therapy have provided long-term remissions for about a third of adults with lymphoma who receive them. Two large randomized trials (ZUMA-7 and TRANSFORM) found that patients who received CAR-T therapy after a single round of chemotherapy lived disease-free longer than those who had the standard treatment approach. In addition, the ZUMA-7 study estimated that more patients treated with CAR-T therapy were alive 2 years later, compared with traditionally treated patients.

Immunomodulators are drugs that either stimulate or suppress the immune system. One such drug, lenalidomide (Revlimid), has been approved in combination with targeted therapies for previously treated follicular lymphoma, marginal zone lymphoma, and diffuse large B-cell lymphoma.

Researchers are also testing novel ways to stimulate the immune system to fight lymphoma. In 2018, a small trial showed that combining radiation therapy with the injection of a compound that stimulates the immune system could shrink some indolent B-cell lymphomas. In 2019, a trial that used a vaccine to draw immune cells into tumors in people with indolent NHL also showed promising results. A phase II trial testing this strategy in combination with an immune checkpoint inhibitor is currently underway.

Michele R. Berman, MD, is a pediatrician-turned-medical journalist. She trained at Johns Hopkins, Washington University in St. Louis, and St. Louis Children’s Hospital. Her mission is both journalistic and educational: to report on common diseases affecting uncommon people and summarize the evidence-based medicine behind the headlines.

Copium Mining Presale is to Invest More in Mining, Buy Back and Burn Coins