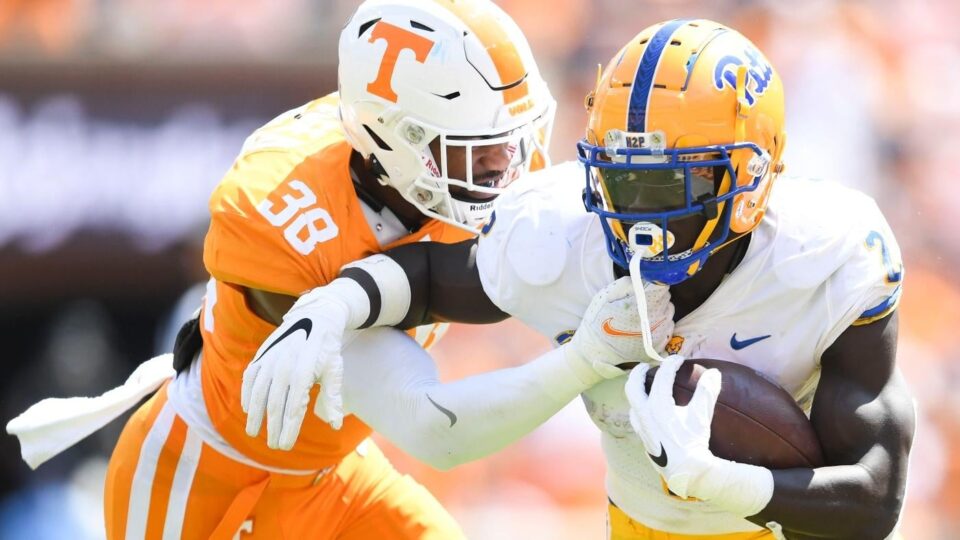 The Pac-12 is wasting little time in jumping into its conference schedule, at least for a pair of teams. No. 14 USC will visit Stanford on Saturday at 7:30 p.m. ET as part of the Week 2 college football schedule, with Lincoln Riley getting a national audience to showcase his offense. The Trojans are coming off a 52-point thrashing of Rice, but haven’t won at Stanford Stadium since 2014. Caesars Sportsbook has USC as a 9-point favorite in the latest Week 2 college football odds, with the over/under set at 65.5.

All of the Pac-12’s other teams in action will face non-conference foes, including Arizona State vs. Oklahoma State (-12) and Arizona vs. Mississippi State (-10.5). It wasn’t the best of season openers for the conference last week with both Utah and Oregon losing. Can the Pac-12 regain some cachet in its non-conference matchups, and which side of the USC vs. Stanford spread should you back with your Week 2 college football bets? Before locking in any Week 2 college football picks for those games or others, be sure to see the latest college football predictions from SportsLine’s advanced computer model.

Now, it has turned its attention to the latest Week 2 college football odds from Caesars and locked in picks for every FBS matchup. Head here to see every pick.

Top college football predictions for Week 2One of the college picks the model is high on in Week 2: Pittsburgh covers as a 6-point home underdog against Tennessee in a 3:30 p.m. ET matchup on Saturday. Pitt picked up the 41-34 win in Knoxville in the first half of this home-and-home series last year. The Vols return a lot of firepower on offense, and Pitt’s loss of Kenny Pickett is a big reason why Tennessee is favored in this one, despite being on the road.

USC transfer Kedon Slovis looks to be a suitable replacement after he guided the Panthers to a win over West Virginia in the Backyard Brawl last week. The Vols weren’t tested to that extent in a laugher against Ball State.

SportsLine’s model projects that Tennessee picks up the narrow victory, but the points are extremely valuable in what could very well be a tight matchup. The Panthers stay within the number well over 50% of the time, making them one of the teams to back in your Week 2 college football bets.

Another prediction: Iowa State (+3.5) stays within the spread on the road versus Iowa at 4 p.m. ET on Saturday. In a game that featured twice as many punts (21) as total points (10), Iowa won on the scoreboard 7-3 versus a lowly FCS opponent, but it may have lost in public perception. The Hawkeyes had 14 possessions and could only muster a single field goal, needing two safeties to reach seven points.

Iowa has now scored just two total TDs over its last three games dating back to last year as its offense, which ranked 99th (out of 130 teams) in scoring in 2021, doesn’t look like it’s improved any. That will make it a tough task against a Cyclones squad that dropped 42 on another FCS school in Week 1, with WR Xavier Hutchinson catching three touchdown passes. Hutchinson led the Big 12 in catches each of the last two years, and he’s projected to finish with as many receptions as the top two Iowa WRs combined.

The battle to hoist the Cy-Hawk Trophy should come down to the very end, but the model has Iowa State staying within the spread as a 3.5-point underdog over 50% of the time. See which other teams the model likes here.

How to make college football picks for Week 2The model has also made the call on who wins and covers in every other FBS matchup in Week 2, and it’s calling for multiple outright upsets. You can only get every pick for every game at SportsLine.

So what college football picks can you make with confidence? And which favorites will go down hard? Check out the latest college football odds below, then visit SportsLine to see which teams win and cover the spread, all from a proven computer model that has returned almost $3,500 in profit over the past six-plus seasons, and find out.