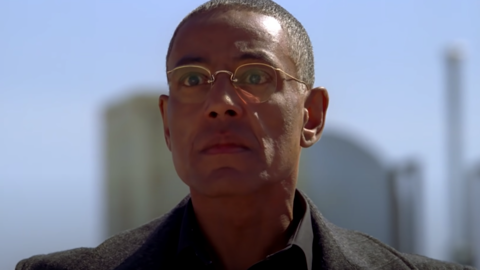 Giancarlo Esposito, who plays the drug kingpin Gus Fring on Breaking Bad and Better Call Saul, is excited about the potential for a Gus Fring-centric prequel. But right now, it’s only an idea and there is no word on if it would ever happen. Still, it’s something that Esposito is excited about.

Speaking to Entertainment Weekly, Esposito said he would like to explore Gus’ life before the events of Better Call Saul and Breaking Bad, a time when he was living in Chile. A show about Fring and his early days could be called “Rise of Gus,” Esposito said. Whether or not it ever happens, however, will likely depend on if Breaking Bad bosses Vince Gilligan and Peter Gould would come back for it.

Esposito said Gilligan and Gould “should take a break” from the Breaking Bad universe, at least for now, but he’s hopeful that a Gus-specific show could happen one day.

“I’m not averse to one day coming back to [Gus]. I just hope if that is supposed to happen, that it’s sometime before I’m 90,” he said.

Gould is quoted in the piece, too, saying the Breaking Bad universe is full of opportunities for further character development and exploration. “We’d be crazy not to at least wonder and daydream about what the other possibilities are,” Gould said.

He added: “The dreams I have about these characters and the fantasies seem as real to me as my real life. Almost.”

In addition to a show about Fring, fans have been calling for a spinoff surrounding Better Call Saul’s fan-favorite character, Kim Wexler.

Gilligan, who created the Breaking Bad universe, is taking a break from the franchise for now. His next project is a Twilight Zone-style sci-fi TV series.

A hiker who went to find help for his girlfriend was found dead near a California trail, authorities said

POPSUGAR’s Workout Classes Are Back With a Whole New Vibe