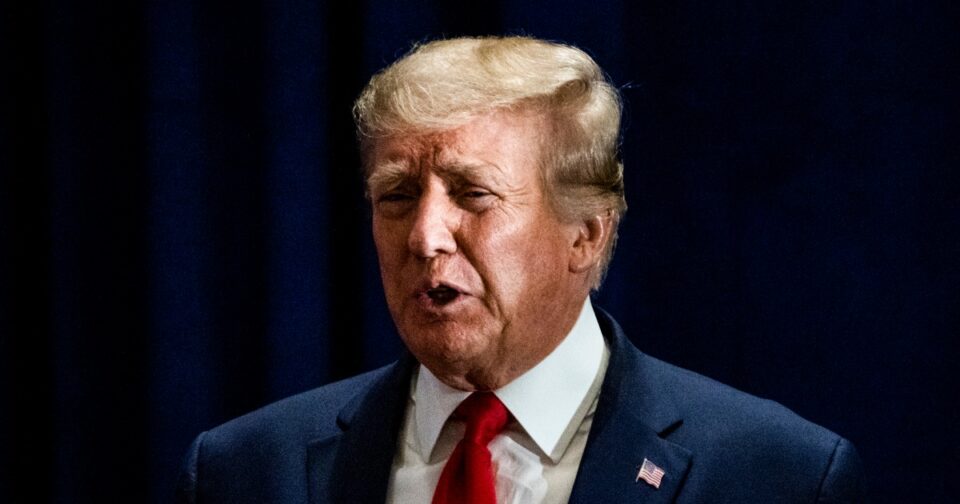 Unsurprisingly, the Department of Justice decided Thursday to appeal the appointment of a special master to review the documents the FBI seized from former President Donald Trump’s home at Mar-a-Lago. Trump had scored a significant tactical victory when a U.S. district court judge agreed Monday to appoint the special master, preventing the further review and use of those documents in the government’s investigation until the special master’s review is complete.

But while the Trump team might have welcomed its win Monday, it would be a mistake to see it as a sign that Trump will prevail against the Justice Department. In fact, the special master (an independent third-party designated by the court for a specific task) could hinder a central part of Trump’s defense, should the Justice Department lose its appeal.

While the Trump team might have welcomed its win Monday, it would be a mistake to see it as a sign that Trump will prevail against the Justice Department.

Trump is claiming that executive privilege prevents the Justice Department and the FBI from using these documents in investigating potential crimes committed in the records’ removal from Washington and their storage at Mar-a-Lago. This claim would be harder to sustain if the special master eventually determines that there are no documents subject to this privilege.

Many legal voices were quick to criticize the judge in this case, U.S. District Judge Aileen Cannon, for granting Trump’s request. While other courts may well have decided the motion in favor of the Justice Department, and the appellate court still might, the district court had no precedent to rely on — so the judge attempted to ground her order in statutory analysis and case law.

The issue before the court was novel: the appointment of a special master to review documents obtained via a search warrant from a former president for attorney-client privilege and particularly executive privilege issues. The court devoted considerable analysis to its finding that it had the jurisdiction to appoint a special master based on “equitable jurisdiction” — which exists when there is no adequate remedy in the law, meaning no adequate avenue provided by current statute or common law, the absence of which allows the court to act “in equity” to ensure fairness.

The judge found this equitable jurisdiction based on the seizure of personal items as part of the FBI search — items that also gave the former president standing to request the special master — and, particularly, the potential for irreparable harm to his reputation arising from the investigation itself and the further potential use of privileged documents. The court specifically pointed to his personal medical, accounting and tax documents.

This decision helps Trump in that it slows down the government’s investigation. The appeal itself will take time, and if the original decision stands, it will take longer. Assuming that it does stand, a special master will then have to be appointed. If the parties agree on the same individual as a special master, it is likely that the court would appoint that person. But if the parties cannot agree, they are likely to submit candidates to the court, which will then choose from among those proposed.

That step could occur relatively quickly, but the chosen person would then need the necessary security clearances to review the classified documents seized by the FBI, and it’s not clear how long that would take. Only then would the special master and staff start to review all of the over 10,000 documents seized, a process whose timeline would vary depending on the size of the special master’s staff.

Importantly, though, the court didn’t order a complete cessation of the investigation: Investigators may continue to interview witnesses, present other evidence before a grand jury or continue any other investigations not involving the seizures from Mar-a-Lago.

The decision to appoint a special master delays the investigation, but it doesn’t tarnish the investigation itself. There was no finding of investigative wrongdoing in the court’s order, which could have resulted in sanctions like the disqualification of persons involved in the investigation. Restaffing an ongoing investigation would seriously affect the ability of the government to bring it to a conclusion.

Equally important, the order did not find that the former president validly possessed the documents that the government believes to be the property of the United States. Such a finding would have undermined the government’s reliance on the Presidential Records Act, which makes all documents generated during a president’s term in office the property of the federal government, rather than of the president who created or possessed the material while in office.

The order also did not address the ultimate decision of whether Trump has a legitimate claim of executive privilege. While there appears to be no controlling cases on the issue, the history of executive privilege suggests that courts adopted the principle to allow presidents to engage in open and robust discussion with advisers and other executive branch officials without concern about “back-seat driving” by the legislative and judicial branches.

It was not designed as a shield to prevent investigation of criminal wrongdoing by a president or former president. Indeed, in United States v. Nixon, which grew out of the Watergate scandal, the Supreme Court refused to apply executive privilege in the context of a criminal probe.

Finally, there is case law indicating that executive privilege rests with the current president and not the person in office at the time of the creation of the documents. In Trump v. Thompson, Trump attempted to overcome President Joe Biden’s decision not to invoke executive privilege to prevent the transfer of documents to the House Select Committee investigating the Jan. 6 insurrection. The court determined that there was no compelling reason to allow Trump to overrule Biden’s determination.

While Trump scored a significant procedural victory with the order to appoint a special master, that victory will merely delay the investigation, rather than resolve any substantive issue. The central question of whether the former president can withhold documents from investigators based on a claim of executive privilege will be the subject of litigation. The history of the privilege and application of the Presidential Records Act suggest that the former president’s attempts will fail.

Richard A. Serafini  is a criminal defense attorney and former senior trial attorney for the Justice Department’s Criminal Division.