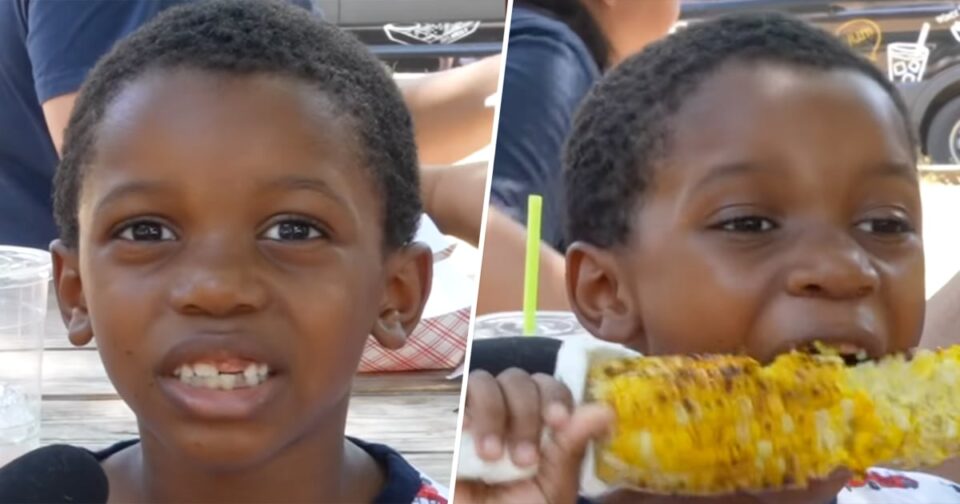 Tariq, a young corn enthusiast who went viral for gushing about his love for corn, is now South Dakota’s official “Corn-bassador.”

South Dakota’s official TikTok account also posted a montage of Tariq’s visit to the Corn Palace, where he met a corn mascot.

Tariq, 7, inspired memes, sweeping ballads and spinoff videos after he was featured in an interview with the YouTube channel Recess Therapy last month.

In the minute and a half clip, Tariq explained that he plays a “variety of games” like hide and seek, but his favorite thing is corn.

“I mean look at this thing,” he said in the video, holding up his ear of buttered corn. “I can’t imagine a more beautiful thing!”

A song featuring Tariq’s corn monologue, produced by the music creator Shmoyoho, has 69.3 million views and been used in more than 705,000 TikTok videos.

In addition to his new job as South Dakota’s Corn-bassador, Tariq has attended Disney’s live-action “Pinocchio” premiere and joined Cameo, an app that allows fans to pay celebrities for personalized shout-outs. He recently made a Cameo video for the Nebraska Huskers, wishing the team a “corn-tastic season.” Tariq also stopped by YouTuber Mr. Beast’s new burger joint and was featured in a recent TikTok with the megastar.

“Hey Corn Kid, I know things can get overwhelming out there, but let me know if you need anything and good luck out there,” Ramsey said. “Stay strong.”