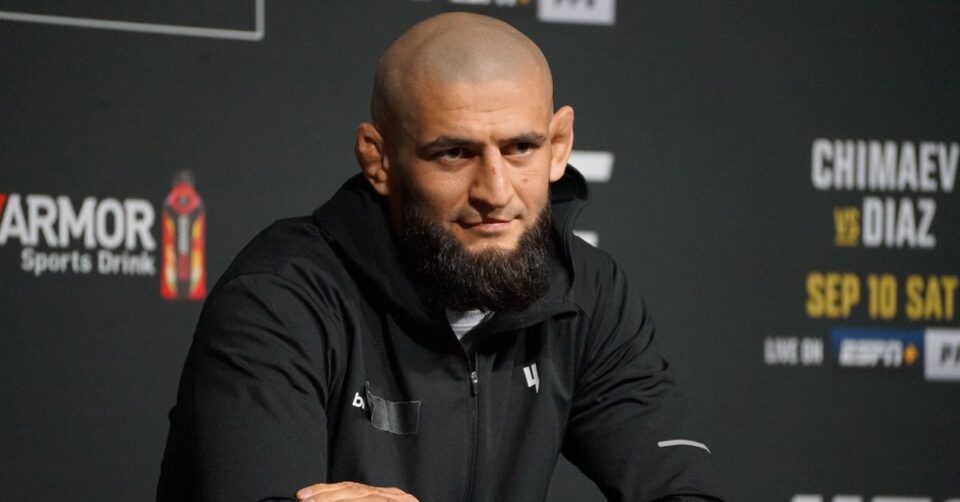 According to Khamzat Chimaev’s coach, the chaos surrounding the UFC 279 press conference was exaggerated, but not everyone escaped untouched.

In a live Instagram video, coach Andreas Michael commented on the melee that ensued Thursday in Las Vegas, having a laugh at some of the stories coming out of the incident while also claiming that Chimaev made a mark on one of his rivals, Kevin Holland.

“What happened was that Khamzat went inside by himself, then he came and it started with Kevin Holland and gave him, like, a boot in the chest,” Michael said. “Then they started whatever they’re doing and then the Diaz crew came in and they started doing what they were doing. But nobody got injured, thank God.”

A wide variety of reports and rumors poured in the wake of the melee, which UFC President Dana White described as an “absolute s*** show.” No injuries have been reported and Saturday’s lineup currently set to proceed as scheduled.

Michael’s video also features Darren Till, who is seen joking about getting stabbed during the backstage scrap, a subtle jab at one of the more extreme internet rumors.

Though Michael was in good spirits discussing the incident, he did critique the behavior of the parties involved.

“Darren didn’t visit the hospital, so everything was good, guys,” Michael said. “That’s what happened.

“We’re here to fight in the cage, not in the streets. Fifty-to-one, things like that — sportsmen, sportsmen, that’s what we are. Sportsmen. So let’s f****** be sportsmen and stop all this s***. On Saturday, we’ve got a fight coming up and that’s the most important thing.”

Watch Michael’s Instagram video and read the accompanying caption below:

Respect everyone and lets do our fighting in the cage. [Khamzat] has the heart of a Lion and he showed it today! He doesnt back down for no One.

We got a fight to WIN all this means nothing…….. lets not let anyone take our focus and energy

Ps: nobody got threatened with a Gun, nobody got hurt, nobody went to hospital, nobody got stubbed, nobody got murdered, nobody! My god were do these rumours come from. Stop it! Behave!

These Young men scrapped it out a bit and that was it! Ppv sales Rise