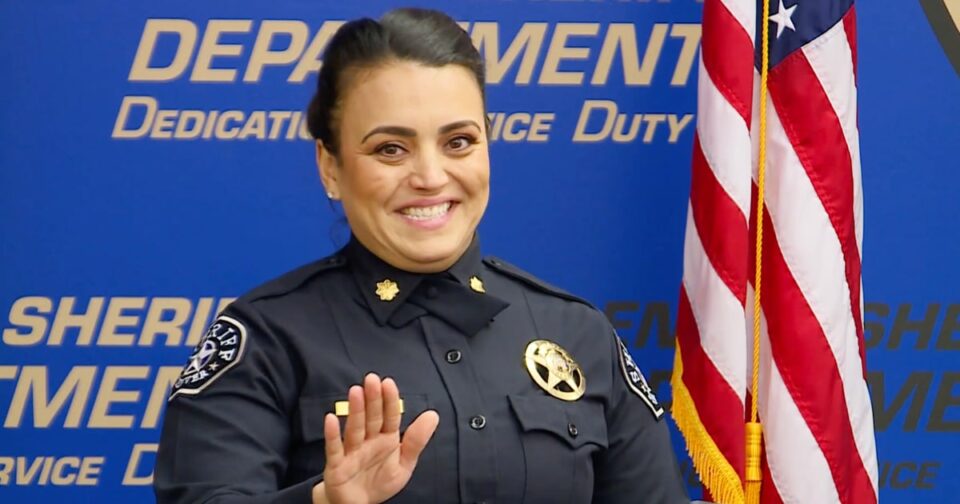 The first Latina to achieve the rank of major in the Denver Sheriff Department was sworn in Friday.

Janelle Orozco, a Denver native, has served in the department, which employs more than 1,100 uniformed and nonuniformed staff, for nearly two decades. She worked her way up from deputy to sergeant to captain and now major, according to a news release.

After her swearing-in ceremony, Orozco said she was “extremely grateful” for the opportunity and looking forward to the future. She said when she started her career with the department in 2003, she wanted to be a positive role model for her children.

“I wanted them to know that you can do anything if you are willing to put in the hard work,” she said. “The 22-year-old me would have never dreamt that I’d be standing here today being promoted to major.”

Orozco most recently served as the captain of the Correctional Care Medical Facility at Denver Health and has worked at the city’s Downtown Detention Center and the Denver County Jail.

In a news release, Elias Diggins, the Denver sheriff, called Orozco a “true leader” of the department.

“With her extensive knowledge of our agency and desire to serve others, she will be a wonderful addition,” Diggins said.

Latinos have helped drive growing diversity among police officers in the U.S. since the 1980s, according to the Pew Research Center. From 1997 to 2016, the percentage of Hispanic police officers ballooned by 61%, according to Bureau of Justice Statistics data, although they remained a mere fraction of all sworn-in officers relative to their growing ratio of the overall U.S. population.

A Pew survey of nearly 8,000 sworn-in officers conducted in 2016 showed a majority of Hispanic officers said their work makes them feel proud, though they also expressed mixed feelings about their work, including frustration.