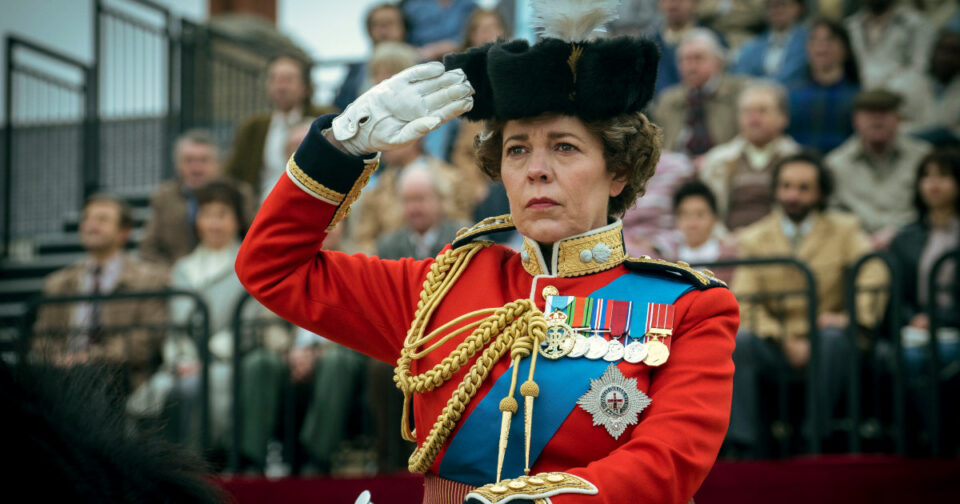 LONDON — In the 21st century, anyone with a smartphone or an internet connection does not lack for information about celebrities. The era of TikTok and TMZ has broken down barriers, making public figures feel nearer to us, reduced to human scale.

The late Queen Elizabeth II was a notable exception.

In her decades on the throne, cultural mores evolved dramatically, but Her Majesty remained much the same despite being one of the most famous people in the world: reserved, withdrawn, poker-faced and, to most, fundamentally unknowable.

That never stopped screenwriters, filmmakers and other creative personalities from attempting to get inside the queen’s head. In doing so, many viewers felt they understood a woman who did not exactly reveal much of her inner life to us.

Peter Morgan, the British writer of stage and screen, probably did more than any other contemporary artist to shape public perceptions of Elizabeth. He wrote the Oscar-winning biopic “The Queen” and then created “The Crown,” the glossy Netflix saga that splits the difference between earnest docudrama and giddy fan fiction.

The first four seasons of “The Crown” presented us with two incarnations of the queen: Claire Foy played her as a young woman finding her footing in Buckingham Palace; Olivia Colman took over the role as the focus of the series shifted to the monarch’s middle-age years. Both actors won Emmys for their performances.

“The Crown” purports to show us the real Elizabeth, the flesh-and-blood woman behind the staid portraits at Windsor Castle. She is a world-historical icon but also just like us, the show seems to argue: trapped in a job that fulfills as much as it frustrates, devoted to family members who delight her nearly as much as they disappoint her.

Royal historians and other scholars of the Windsor family have long taken issue with “The Crown,” blasting what they see as a string of exaggerations, distortions and outright fabrications. The show has a lurid streak, those critics contend — far too obsessed with torrid psychodrama and scandal than finer virtues like duty and tradition.

Elizabeth never publicly commented on the Netflix hit, of course.

“She is bound to have heard of ‘The Crown,’ but the Queen has never confirmed whether she actually watches it,” the Express reported in 2020. “However, a senior royal source told the Sunday Express in 2017 the Queen has watched ‘The Crown’ before.”

It might be even more unlikely that Elizabeth watched any of the movies, shows or “Saturday Night Live” sketches that portrayed her in broad, cartoonish strokes.

“The Naked Gun: From the Files of Police Squad!” (1988) found the queen (played by lookalike actor Jeannette Charles) taking in a baseball game at Dodger Stadium, where the doofus cop Frank Drebin (Leslie Nielsen) saves her from a ridiculous assassination attempt. (O.J. Simpson has a supporting role.)

Fred Armisen raised the comedic stakes on “SNL,” portraying the queen as a crude, Cockney-accented dame who subjects Kate Middleton (Anne Hathaway) to some tough talk as soon as Prince William (Andy Samberg) leaves the room.

Morgan has long been fascinated with how the queen consciously presented herself to the world — the strategic calculations behind every Christmas address and presidential visit. The drama of “The Queen,” for example, revolves around how Elizabeth (Helen Mirren, in an Oscar-winning role) chooses to comport herself after the death of Princess Diana.

But how did the real-life person want to be seen by the cameras?

In recent years, Elizabeth appeared in two short video sketches that offered some clues to her enduring appeal and maybe even her own self-conception.

She walked through the halls of Buckingham Palace with Daniel Craig’s James Bond in a video produced for the opening ceremony of the London Olympic Games in 2012. This summer, she drank tea with a computer-generated version of Paddington Bear (voiced by Ben Whishaw) in a skit that aired during her Platinum Jubilee festivities.

The tone of both videos is lighthearted and cheeky. But there was subtext, too: Her Majesty Queen Elizabeth II, prim and proper, hanging out with two of the avatars of contemporary British pop culture, adapting to the times while remaining wholly herself.

Staying the same for decades is not usually the stuff of riveting drama. But when the subject was Queen Elizabeth II, the embodiment of stubborn tradition was must-watch television.

Daniel Arkin is a national reporter at NBC News. He specializes in popular culture and the entertainment industry, particularly film and television.