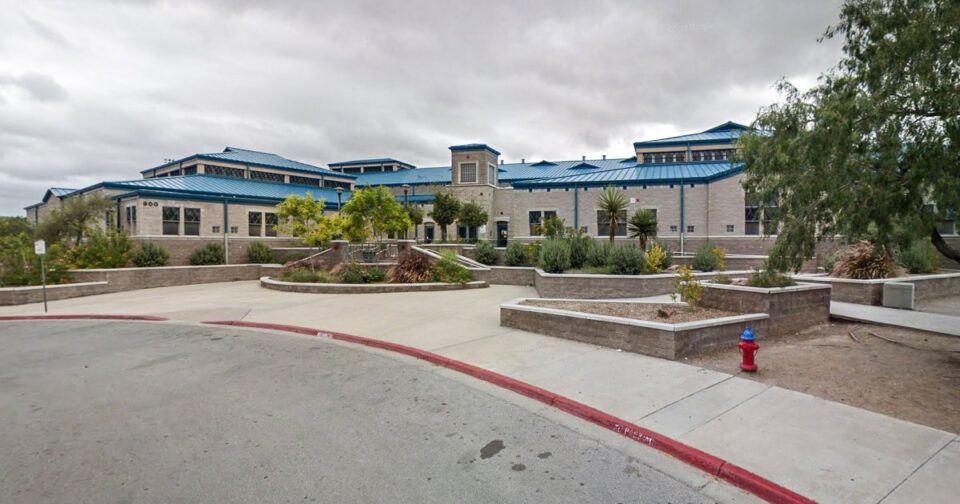 A teacher in El Paso, Texas, is on administrative leave and facing termination after she told students to call pedophiles “minor attracted persons” in an incident that was captured on video and shared on social media, according to the city’s school district.

In an 18-second clip, the Franklin High School teacher can be heard telling students to “stop calling them that. You’re not allowed to label people like that.”

“We’re not gonna call them that,” the teacher is heard saying in the video. “We’re gonna call them MAPs, minor attracted persons. So don’t judge people just because they wanna have sex with a 5-year-old.”

The teacher was identified by the El Paso Teachers Association as Amber Parker, who teaches English at Franklin High School.

NBC News reached out to Parker, who said she’s “not legally allowed to comment at this time.”

Requests for comment from Franklin High School were not immediately returned.

It’s unclear what happened prior to the 18-second video, or what the context of the exchange was. The El Paso Independent School District declined to answer questions on what led to the classroom discussion.

The school district was made aware of the incident early last week and promptly launched an investigation, spokesperson Liza Rodriguez said Friday.

“After a thorough investigation was conducted, on September 6, 2022, during a Special Board Meeting, the Board of Trustees approved a decision to notify a Franklin High School teacher of proposed termination,” she said. “Any allegation of potential misconduct is investigated thoroughly, and the safety of our students is a top priority.”

The school district would not disclose the findings of its investigation or any other information, saying the incident is a “personnel matter.”

The Board of trustees voted unanimously to initiate termination procedures against the teacher, with the next step being “an appeals process governed by the Texas Education Code,” Al Velarde, president of the board, said. The teacher is now on paid administrative leave pending termination, according to Rodriguez.

Prior to the vote on Tuesday, the board’s Vice President Daniel Call said the classroom exchange was taken out of context.

However, Call said he had a change of heart after being briefed on the school district’s findings following their investigation on Tuesday.

“Initially I was shocked and horrified when I saw the video,” he told NBC News. “Then when I heard that she was trying to be sarcastic, I felt bad for her. However, when the district’s investigation into this situation helped me understand the full story, I have no doubt that terminating this teacher is the right thing to do. Any reasonable person that heard the results of the investigation would vote to terminate her.”

Call wouldn’t share the details of the investigation that led to him changing his mind on the incident.

El Paso Teachers Association President Norma De La Rosa said she was advised by the union’s legal staff not to comment on the incident at this time.

“I will be more than happy to comment once the teacher has had an opportunity to appeal and that process is complete,” she told NBC News. “I am certain that by then I will have plenty to comment on.”

As Kay weakens, heavy rain and flash floods remain a threat for Southern California and the Desert Southwest