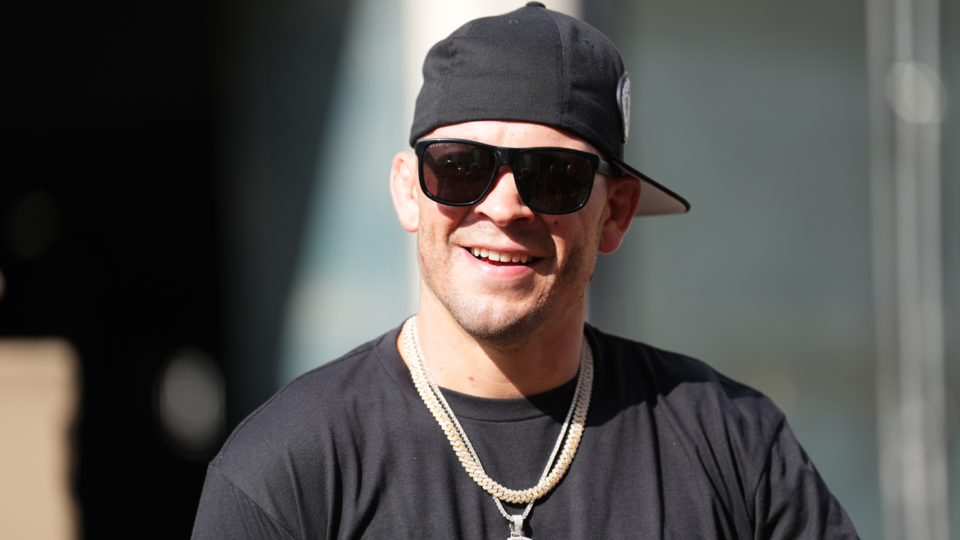 A hectic Friday has created a brand new fight card for UFC 279 on Saturday night.

The event, slated for the T-Mobile Arena in Las Vegas, Nevada, was set to see rising welterweight contender Khamzat Chimaev take on Nate Diaz in what many believed to be his final fight with the promotion. Instead, Chimaev missed weight by an astounding 7.5 pounds and it set off a chain reaction of epic proportions.

Now, Diaz will take on veteran Tony Ferguson in a five-round main event in a fight many believed should have been booked originally. Ferguson was set to take on rising welterweight contender Li Jingliang, who will now take on Daniel Rodriguez in a three-rounder at a catchweight of 180 pounds. Rodriguez was originally expected to take on Kevin Holland, who will now battle Chimaev in a five-round co-feature.

“Nate Diaz and Tony, the fans have wanted to see this one forever,” UFC president Dana White said after the reshuffle. “It’s going to happen now before Nate leaves the UFC. It couldn’t have played out any better.”

Can’t get enough boxing and MMA? Get the latest in the world of combat sports from two of the best in the business. Subscribe to Morning Kombat with Luke Thomas and Brian Campbell for the best analysis and in-depth news, including a complete preview of UFC 279 below.

Chimaev and Holland reportedly caused a skirmish on Thursday that forced White to cancel the press conference when punches and kicks were exchanged.

UFC 279 picks, predictionsDiaz vs. FergusonDiazDiazDiazDiazFergusonChimaev vs. HollandHollandHollandChimaevHollandChimaevJingliang vs. RodriguezRodriguezJingilangJingliangJingliangJingliangAldana vs. ChiassonAldanaAldanaAldanaAldanaAldanaCutelaba vs. WalkerWalkerCutelabaCutelabaCutelabaCutelabaRecords to date (2022)22-2124-1923-2024-1929-14Diaz vs. FergusonCampbell: Talk about good karma. The MMA gods were certainly smiling down upon Diaz entering what’s expected to be the final bout of his 15-year UFC career. The change in opponent from the unbeaten Chimaev to a Ferguson who is riding a four-fight losing streak and desperately seeking shelter in a new weight class at 170 pounds drastically changes the expected outcome. Although Ferguson is still dangerous at 38, his chin and recuperative abilities have been called into question in recent fights. This new main event is one Diaz can and should win, even if he’ll need to navigate a fair level of danger in getting there.

Mahjouri: Diaz vs. Ferguson is a much closer fight than their original bouts against Khamzat Chimaev and Li Jingliang, respectively. This is the perfect fight between two veteran strikers with ultra-slick submission games. Ferguson’s wrestling could be the difference maker, but I expect these two to stand and trade. Diaz’s durability and enthusiasm for the fresh fight might just put him over the edge. War Diaz.

Wise: This line opened up around -170 for Ferguson and has since come all the way down to near pick’em. That feels right given the last-minute nature of this matchup between a pair of aging fighters who have not won since 2019. Ferguson’s chin has come into question in his most recent outings, but those have come against the elite of the elite at 155 pounds. While he truly does not look the same anymore, I side with the veteran who still seems to be more dynamic at this point in his career. Diaz has truly not looked good outside of one-punch flashes since his series with Conor McGregor in 2016. This opened with Ferguson as a favorite for a reason.

Chimaev vs. HollandMahjouri: I picked Justin Gaethje to defeat Charles Oliveira based on Oliveira’s weight miss. I will not make that mistake again. Chimaev would typically be a significant favorite against Holland. His mauling style of wrestling is Holland’s kryptonite, as exhibited in Holland’s losses to Derek Brunson and Marvin Vettori. Holland’s grappling game has significantly improved, but I’m doubtful he has closed the gap to Chimaev. Despite the weight miss, Chimaev was preparing for five rounds and Holland was not. Give me Chimaev via submission before the final bell sounds.

Brookhouse: The goofiness and chaos of this whole situation started because of one thing: for whatever reason, Chimaev missed weight horribly. We’ve heard it was a medical issue and maybe it was, which would be one reason to lean toward Holland to pull off an upset. But, really, there’s nothing that could have happened that suggests Chimaev is in a place to be his best. Medical issue, lack of focus, bad camp, etc., it’s just a big red flag. Holland has been bullied before, but those fights were mostly at middleweight. Now back at welterweight, he’s a big man who does a lot of awkward things. Chimaev absolutely should win, but the chances for an upset are very high right now and I feel that Holland is the kind of guy who can make the best of the situation.

Wise: It’s impossible to know where Chimaev is at both physically and mentally. He looked OK on the scale despite missing by so much weight, and seemed unbothered by it as he continues to joke online and antagonize fans at the ceremonial weigh-ins. But the biggest thing is that outside of an injury we are unaware of, his best skill is exactly what Holland struggles most against. Expect Chimaev to explode through Holland’s legs and pick him apart on the ground before the referee is forced to wave off the fight.

Jingliang vs. RodriguezCampbell: Idle for 13 months with a hand injury, Rodriguez finally gets the chance to expand upon a recent three-fight win streak. The opponent switch to Jingliang presents “D-Rod” with just as difficult a matchup as Kevin Holland, especially considering Li’s proven fight-ending power. But Rodriguez, who is 12-1 since 2017, has the type of striking ability to time “The Leech” and offer plenty of trouble on the feet. The opportunity for the 35-year-old Rodriguez to catapult into the top 10 with a victory still exists. Expect him to seize the moment in a fight that almost guarantees fireworks.

Brookhouse: In reality, Rodriguez vs. Jingliang is something of a pick ’em. Jingliang is probably going to lose the first round here. The pick hinges on that slow build of momentum that is a staple of Jingliang’s game. Rodriguez needs to be able to do a lot of work early before Jingliang starts to take over the fight. Look for Jingliang to edge out the fight on 29-28 cards, possibly in a split decision.

Who wins Diaz vs. Ferguson? And how exactly does each fight end? Visit SportsLine now to get detailed picks on every fight at UFC 279, all from the incomparable expert who’s up more than $13,000 on MMA in the past three years, and find out.