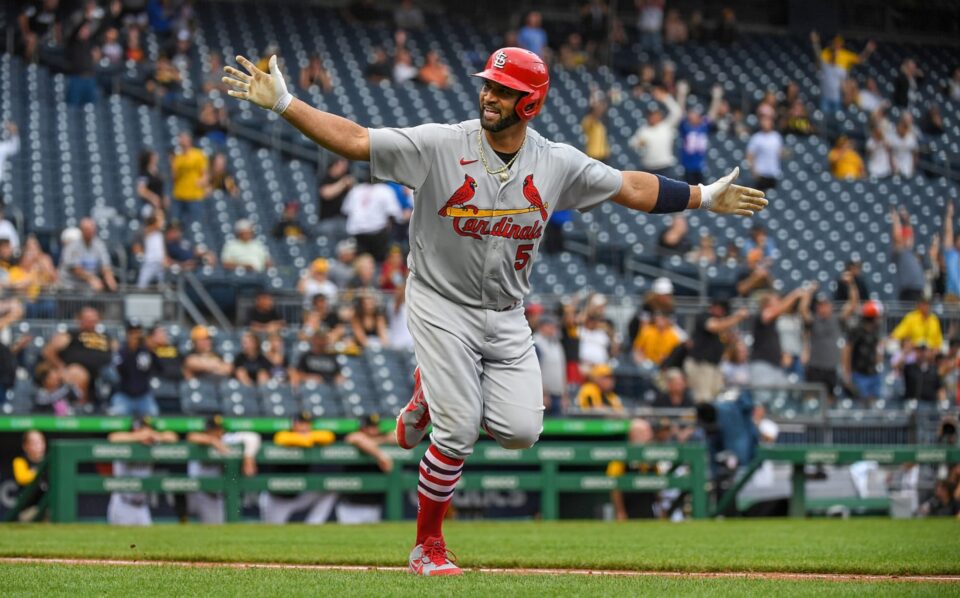 Albert Pujols was incredibly gracious toward the Pirates fans that caught his historic 697th home run in Pittsburgh.

All you can really say about Albert Pujols in 2022 is wow. After being picked up by the St. Louis Cardinals as somewhat of a nostalgia signing, he’s been actually legitimately useful and has gone on a tear to end the season toward the mark of 700 career home runs.

On Saturday, he hit 696 to tie Alex Rodriguez. On Sunday, he hit 697 to take sole possession of the No. 4 spot in the record books. It meant something, too, as it put the Cardinals ahead in the top of the ninth inning and helped get them the Sunday afternoon win.

That ball means a lot, but how he treated the fans that caught it is pretty surprising.

Instead, Pujols let the fans keep it and did them one better: He gave them two additional signed balls for their gesture of offering him the ball back.

Additionally, the fan caught it on the anniversary of her father’s passing one year ago today according to Jeff Jones, Cardinals beat reporter for the Belleville News-Democrat.

Matt and Samantha Brown caught Pujols’s 697th homer. Samantha’s
father passed away one year ago today. They met with Albert to give him the ball back — he told them to keep it and signed two more for them. Said it would mean more to her than to him. pic.twitter.com/FuXXFiYCIa

It’s a great gesture from Pujols, not unlike what he’s done for fans around the league in this final tour. In Chicago, he gave a young fan the jersey off his back.

Everything about this run toward 700 has been amazing to watch.

Three more to go for Pujols to get there, and the Cardinals have 21 games left on the schedule.

Refs screwed Panthers: Browns got away with penalty before game-winner