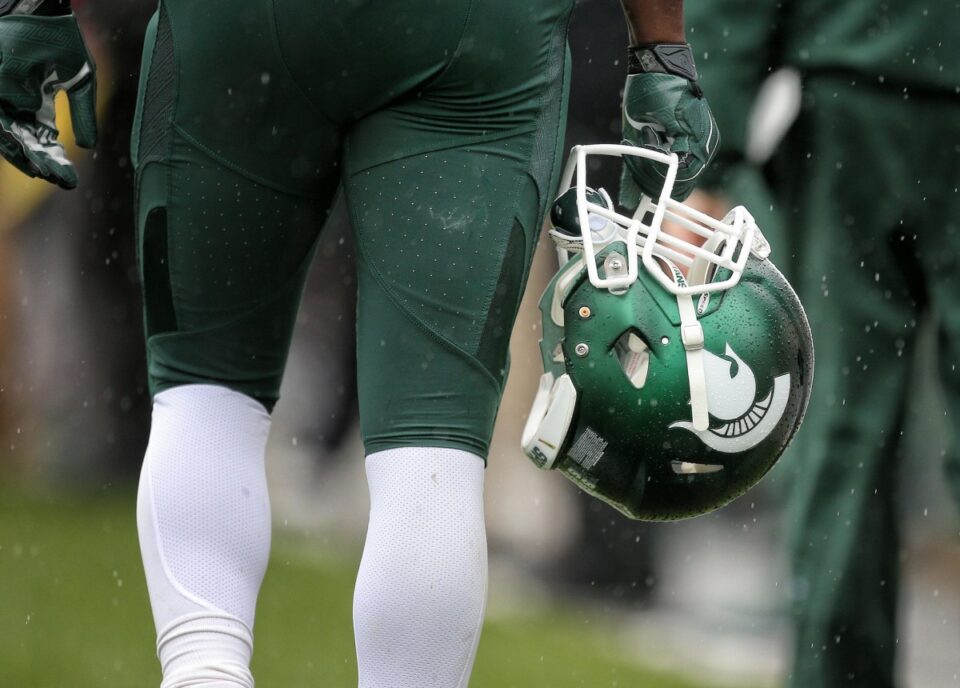 Michigan State football chooses new team captains every week for each game, but there’s been one familiar face that has been selected for 14 consecutive games…until now.

The Spartans’ official Twitter page shared a graphic of MSU’s captains for this weekend’s matchup with Akron, and senior safety Xavier Henderson was not included.

Instead, Michigan State chose defensive end Jacoby Windmon, who burst unto the scene last week with four sacks against Western Michigan, as their defensive captain.

There are two obvious factors for Henderson’s omission from the captain’s list:

First-most, and most unfortunate, the senior safety was injured in Week 1’s game against the Broncos, and he’s expected to miss some time. Secondly, Windmon was phenomenal in the season-opener and deserves all the recognition that he’s garnered this week, both locally and on a national scale.

Who knows? — Maybe Henderson will join these other captains at midfield for the coin toss against Akron. I’m curious to see if that will happen, and to see what Henderson’s demeanor looks like on the Spartan sideline.

The same goes for junior linebacker Darius Snow, who head coach Mel Tucker confirmed will miss the remainder of the season do to a leg injury.

While Snow and Henderson won’t be on the field this Saturday, the pair will still provide important leadership roles for Michigan State’s defense.

Refs screwed Panthers: Browns got away with penalty before game-winner