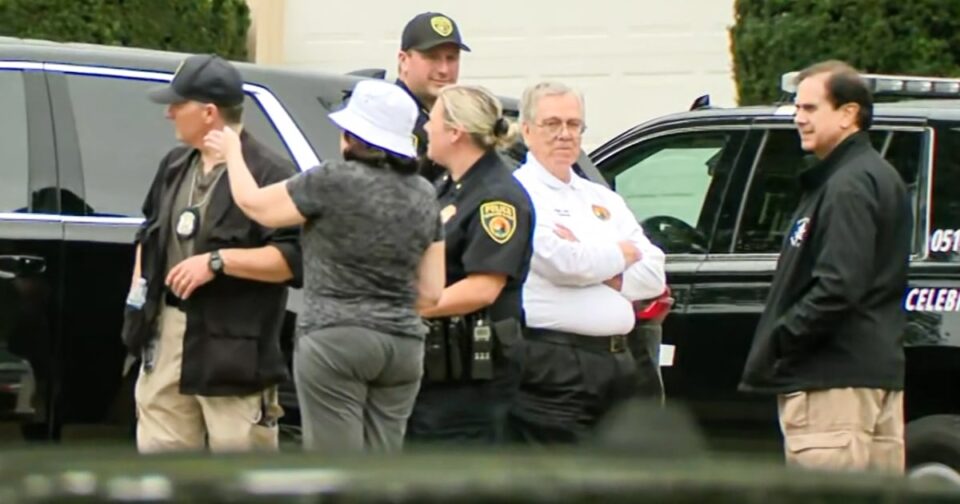 Police killed a shotgun-wielding man in suburban Detroit after he fatally shot his wife and wounded their daughter before opening fire on responding law enforcement, authorities said Monday.

A 25-year-old woman called 911 at about 4:11 a.m. Sunday and “stated that she had just been shot by her father” on Glenwood Drive in Walled Lake, according to an Oakland County Sheriff’s Office statement.

When deputies and Walled Lake police arrived at the home, the man, identified as 53-year-old Igor Lanis, came out the front door with a Remington 870 pump action shotgun and started shooting at officers, the sheriff’s office said.

Lanis’ gunfire struck “a car an officer as behind and the residence behind him” though no one “was injured from those shots,” the sheriff’s office said on Monday.

The 911 caller was “at the front door … attempting to crawl from the home” before officers “dragged her to safety,” authorities said.

She was taken to a hospital and rushed into emergency surgery, according to the sheriff’s office, adding the woman’s condition had been upgraded from critical to stable.

Officials found the man’s wife and the family dog dead inside the home.

The woman, 56, had been “shot multiple times in the back, and it appears that she was also attempting to flee out of the front door,” the sheriff’s office said without disclosing the woman’s name.

It still wasn’t clear Monday what might have touched off the horrific rampage.

“As part of this ongoing investigation, they are seeking insight into what set this into motion leading to a resident fatally shooting his wife, shooting and seriously injuring his daughter and killing the family dog,” according to a sheriff’s statement on Monday.

Sheriff Michael Bouchard on Monday thanked dispatchers, police and his deputies for their fast work.

“This is an unbelievably horrific act,” Bouchard said in a statement. “It is so sad on so many levels but due to the response and professionalism of our dispatch, the Walled Lake officers and Oakland County Sheriff’s Office Deputies at least one victim was saved. We will actively pursue information to gain insight into what set this into motion.”This is a developing story. Please refresh here for updates.

Ukraine drove Russian forces back with a stunning offensive. What now for Putin’s war?