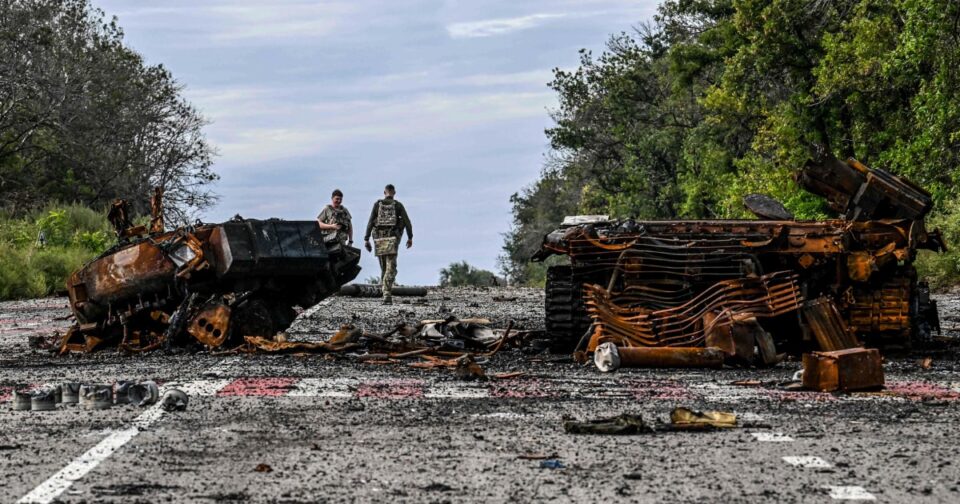 “The significance of the latest developments lies not only in the extraordinary advance of Ukrainian forces but also in the convincing demonstration that it can seize the initiative and liberate territory from Russia at a high rate,” Keir Giles, a Russia expert and a senior consulting fellow at Chatham House, a London think tank, told NBC News. He said the recent events were a “turning point” in the war.

The counteroffensive represents “an inflection point, a high water mark, a clear moment” in the war, said John Spencer, a retired U.S. Army major and the chair of Urban Warfare Studies at the Madison Policy Forum, a research organization in New York.

Russia’s recent setbacks are even beginning to color the typically jingoistic tone of state television, with one commentator appearing to blame Putin’s advisers for steering him to war in the first place.

“The people who convinced President Putin that the special operation would be short and effective, that we would not hit the civilian population … these people simply set up all of us,” said Boris Nadezhdin, a former Russian legislator and political analyst who is known for taking a more balanced public view.

The Kremlin insisted Monday that Putin will not back down.

“The special military operation continues and will continue until all the goals that were originally set are achieved,” Putin spokesman Dmitry Peskov said in a conference call with reporters.

“If he was smart, he would try to end the war now and negotiate,” said Phillips O’Brien, a professor of strategic studies at the University of St. Andrews in Scotland. “But it doesn’t look like he’s going to do that, at least not right away.”

In Kyiv, residents were buzzing with enthusiasm.

“I spent the last few days glued to the screen, reading the news as religiously as I did … in March,” said Olexandr Shpygunov, 34, an information technology specialist. “I just had to see every new photo, every liberated village, every updated map.”

“I feel like everyone I know has been doing pretty much the same,” Shpygunov added.

Venezuela is defending detaining of a U.S. Marine veteran, other U.S. citizens