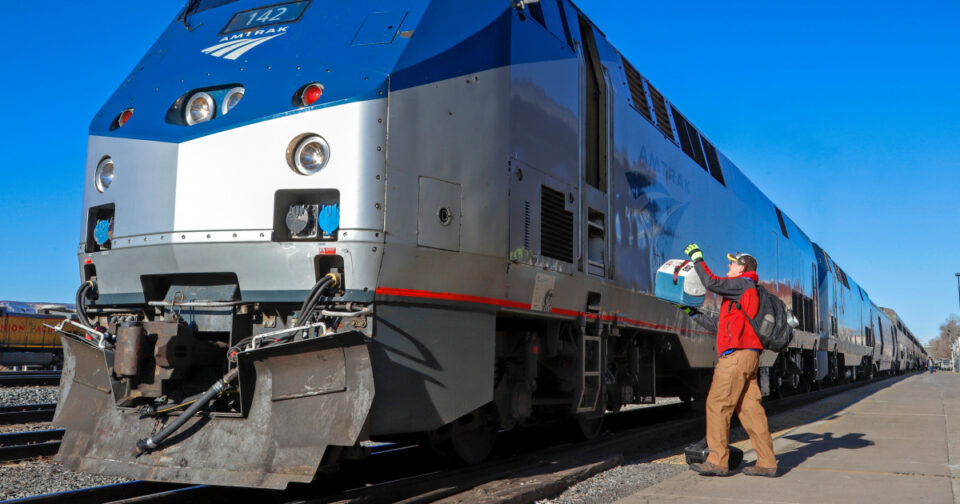 Amtrak on Monday said it canceled three long-distance train routes in advance of a looming railroad union strike that is threatening to hobble the nation’s economy.

The train operator, which is not a party in the labor dispute, said in a statement that a strike that could begin Friday “could significantly impact” its intercity passenger rail service, since it operates almost all of its 21,000 route miles outside the Northeast Corridor “on track owned, maintained, and dispatched by freight railroads.”

To avoid the scenario of passengers being stranded in the event of a worker strike, Amtrak said, it was preemptively canceling Tuesday departures for its Western U.S.-focused Empire Builder, California Zephyr and the Southwest Chief routes. The rail line said it was phasing in additional schedule “adjustments” as needed.

Most travel in Amtrak’s Northeast Corridor and related branch lines to Albany, N.Y., Harrisburg, Penn., and Springfield, Mass. would not be affected by a strike, the company said. It added that its East Coast Acela express line would continue to operate a full schedule, and only a small number of Northeast Regional departures would be impacted.

Freight rail workers are threatening to strike for higher pay, more generous paid leave, and a renegotiation of strict attendance policies and broader working conditions. A White House official told The Associated Press Monday that President Joe Biden and members of his Cabinet have been in touch with both sides in order to avert a strike. Labor Secretary Marty Walsh attended negotiations Sunday, the AP said.

A national rail strike “would be an economic disaster — freezing the flow of goods, emptying shelves, shuttering workplaces and raising prices for families and businesses alike,” Suzanne Clark, the head of the U.S. Chamber of Commerce, said Monday. The Association of American Railroads trade group has estimated that shutting down the railroads would cost the economy $2 billion a day.