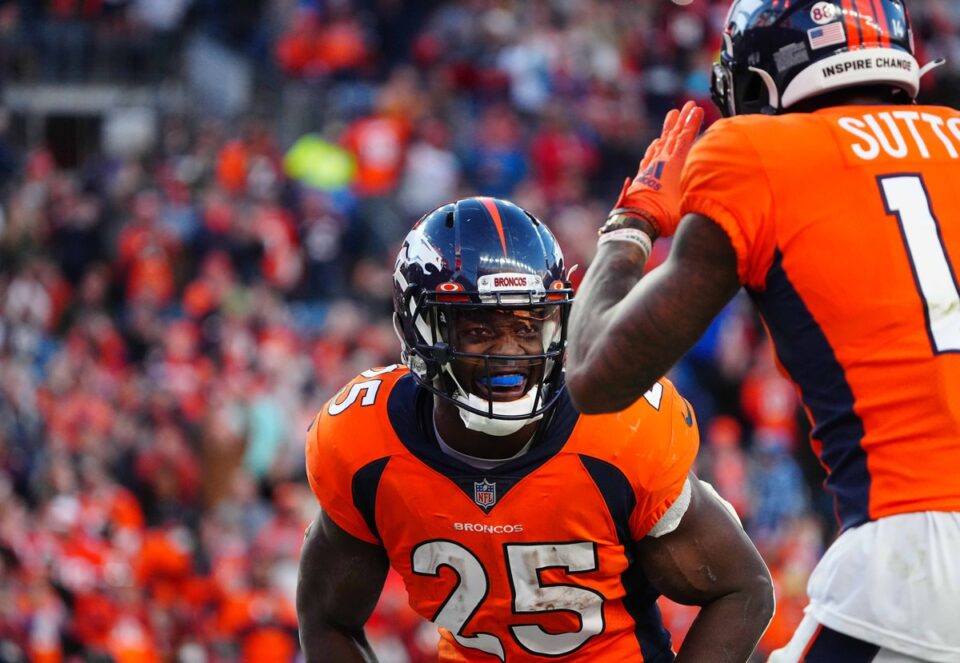 Week 1 is coming to an end but not before players from the Seahawks and Broncos take the field on Monday Night Football.

Monday Night Football features one of the best storylines of the Week 1 as Broncos quarterback Russell Wilson returns to Seattle to face his former team.

If you’d like to get in on the action, here are a few player props to consider, courtesy of SI Sportsbook.

It’s a running back by committee in Denver and even if it’s a 60/40 split between Javonte Williams and Melvin Gordon, the veteran rusher should be able to clear this rushing prop against a Seattle team that allowed 95 rushing yards per game to opposing running backs. Seattle also allowed 14 touchdowns last year, so I like the payout for Gordon to find the end zone. Gordon had eight touchdowns in 2021 and saw 42 redzone looks. For comparison, Williams had four scores and 36 touches inside the 20. Things will look a little different with Russell Wilson under center, but the tandem should continue to be in play for the backfield as Broncos offensive coordinator Justin Outten said he expects the Broncos running backs to be on a “pitch count” throughout the season. I’ll take this super low rushing prop for the veteran who was slightly more efficient and I’ll gamble on the plus-money score at SISB, too.

Will it be Courtland Sutton or Jerry Jeudy that stands out in this game? It’s close to a coin-flip, which is why I am choosing to go with the longest reception prop. Among active quarterbacks, Russell Wilson has the best deep ball passing rating (111.1), the next two passers on the list are Patrick Mahomes (109.6) and Justin Herbert (106.9). Meanwhile, Courtland Sutton had the second-best average depth of target (ADOT) in 2021 at 15.8 yards. Tyler Lockett, Wilson’s former teammate in Seattle, had the fourth best (15.4). See where I am going with this? We heard all through the preseason that Sutton was Wilson’s go-to guy. I’m betting at minimum he will be Wilsons go-to guy for deep passes. And yes, Wilson is going to want to air it out in front of the crowd at Lumen field.

The Denver run defense is no pushover, but it’s hard not to back Rashaad Penny after he averaged 92 yards and a touchdown across the last six games of the season. In four of those games, he rushed for 135 yards or more. Fellow Seahawks running back Ken Walker is unlikely to suit up on Monday, we know Seattle is a run-first team and Geno Smith is unlikely to be lighting up the scoreboard. All this should result in an extensive workload for Penny. SISB is offering plus money on Penny’s anytime touchdown prop, so jump on that value.

How to watch Ekaterine Gorgodze vs. Aliona Bolsova Zadoinov at the WTA Bucharest, Romania Women Singles 2022

How to watch Reka Luca Jani vs. Nuria Brancaccio at the WTA Bucharest, Romania Women Singles 2022

Watch The MMA Hour with Costa, MJF and Bronson in studio as well as Sandhagen and Pyfer