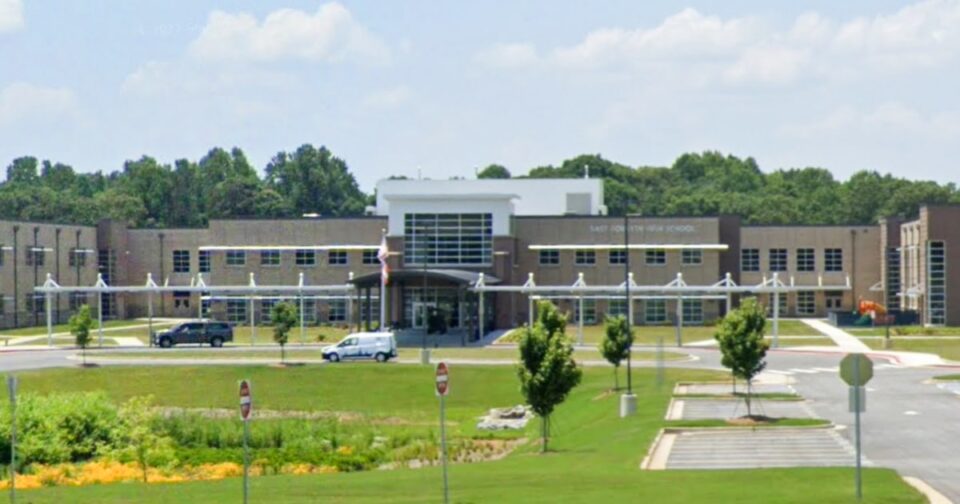 A white high school principal in Georgia was secretly recorded by a student Friday using the N-word while comparing it to a slang term deemed offensive about white people, authorities said.

Jeff Cheney, the principal of East Forsyth High School in Gainesville, about 50 miles northwest of Atlanta, used the term while speaking to a white student in front of two other staff members, Forsyth County Schools said in a statement.

The meeting was about the student’s use of an offensive term, the district said.

“Cracker is slang for white and it’s the antonym to (full N word), which is a very offensive comment,” Cheney said, according to the district statement.

“He immediately recognized his mistakes in comparing the two words and using the full N word. Mr. Cheney contacted the district office and met with the parents of the student to disclose this information, apologize, and commit to rectifying these mistakes in the future.”

Cheney was unavailable for an interview Monday, the district said. He did not immediately respond to an email to his district email address.

The goal of the meeting between Cheney and the student “was for the student to understand that we must all be sensitive and respectful to others,” the district said. “The student recorded the meeting without informing the three adults.”

The Forsyth County News reported that several families at the high school expressed concern after they saw the video.

Holly Evatt said her daughter first saw the video when it was shared in a group chat with other students. She showed it to her mom as soon as she got home from school that day, the newspaper reported.

“My daughter is half Black, so it really upset her,” Evatt said. “[I’m] angry that [Cheney] would feel comfortable enough to say that. Just outright say it without any hesitation right in front of a student. In front of anybody anyways, but at work and around children and he outright just says the word. To me, that could have just as easily been my daughter that he did that to.”

Susan Sarandon appears to come out as bisexual — again