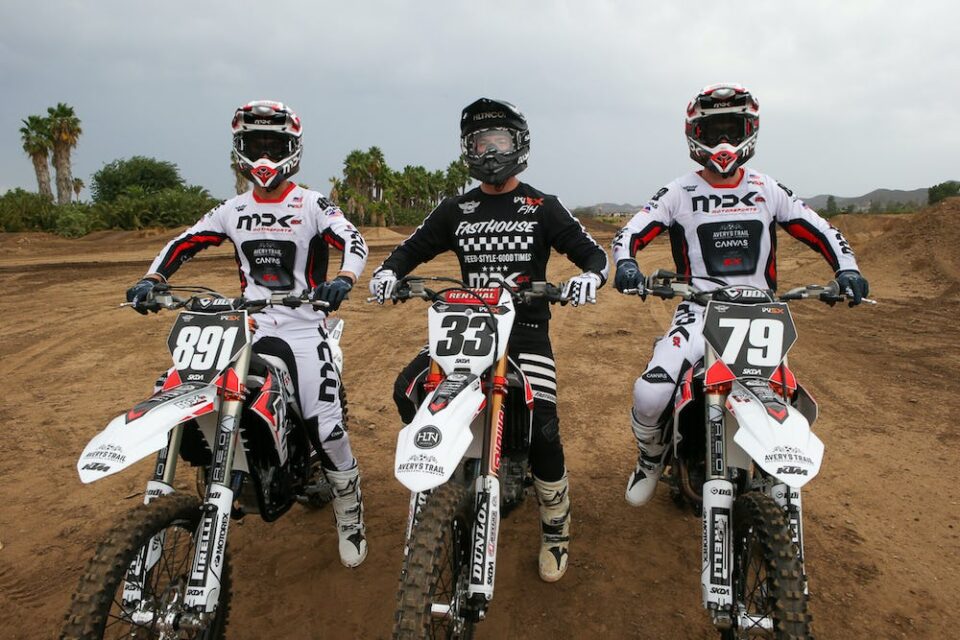 In July it was confirmed that Chad Reed will be racing the pilot season of the FIM World Supercross Championship this fall with MDK Motorsports, but now the team has announced its full four-rider roster. Former AMA Supercross and Motocross factory racer Josh Grant will compete on a Honda CRF450R alongside of Reed in the SX1 (450cc) division as Justin Bogle and Derek Drake will race KTM 250 SX-F machines in the SX2 (250cc) division. The team has also announced Minnesota native Henry Miller as a backup rider.

Below is the full press release from SX Global:

Led by Reed who provides a level of championship leadership and experience few riders in the history of Supercross can, MDK Motorsports will field an extremely competitive group of riders each bringing the experience and skill necessary to compete at a World Championship level.

Related: Confirmed Teams, Riders, Schedule for 2022 FIM World Supercross Championship “This is a lineup stacked with veteran experience and incredible skill – guys who’ve raced at the highest level and know exactly what it takes to win,” said Kvamme. “Chad and Josh were teammates over the years and there’s a valuable level of trust and mutual respect between them, while Justin and Derek will be a formidable pairing to push the field in SX2. This is a tight group, and we couldn’t be more excited for the first race in Cardiff next month.”

Rounding out the team and joining Bogle in the SX2 class is Derek Drake from Central California. Making his professional motocross debut in 2019, and his supercross debut in 2020, Drake is a talented, up-and-coming rider looking to break out globally in the WSX series. His talent, drive and dedication will be complemented by the incredible experience and leadership of his three teammates as they tackle the global stage in WSX.

In a unique move to supercross teams, MDK motorsports has also retained back up rider Henry Miller a fellow Minnesota native of Team Manager “The People’s Champ” Jamey Grosser. Miller is a long-time top privateer of supercross and motocross and will be available in a moment’s notice if needed. Henry will also feature MDK logos in all his racing endeavors.

2022 IndyCar season was most watched for six years, says NBC