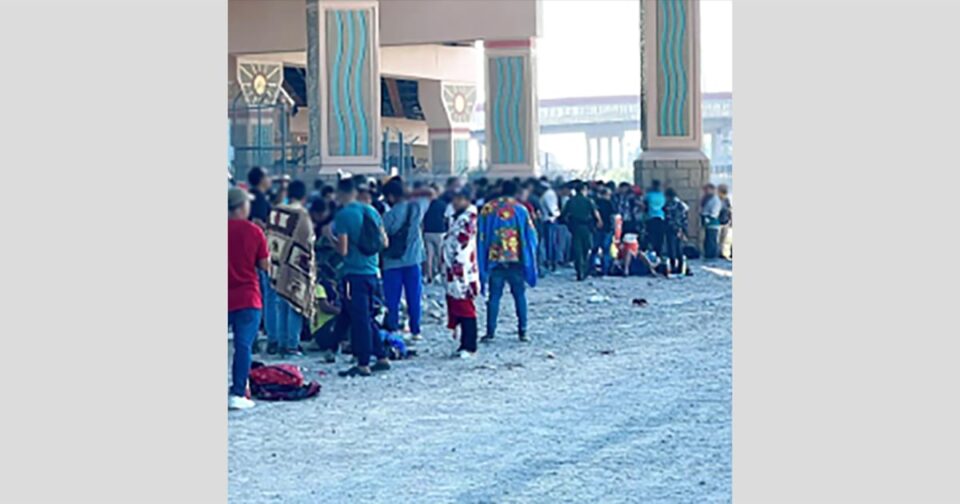 A new surge of migrants, primarily from Venezuela, is overwhelming the Border Patrol and shelters in El Paso, Texas, where nearly 1,000 have been released near bus stations over the past week in hope that they will find their own way to their next destinations in the U.S.

On average, the El Paso Sector of the U.S. border has had about 1,300 migrants cross per day, up from May’s high of 1,000 per day, according to U.S. Customs and Border Protection data. Meanwhile, the processing center meant to hold migrants temporarily until they can be released with court dates is at double capacity, said Valeria Morales, a spokesperson for the Border Patrol in El Paso.

Since last Wednesday, 932 migrants have been released in what are commonly known as “street releases” and Border Patrol calls “provisional releases.”

“Generally, after processing, migrants who are not detained for the duration of their removal proceeding are provisionally released in coordination with NGOs [non-governmental organizations]. If NGOs are over capacity, U.S. Border Patrol coordinates with local government and cities to identify locations where migrants can conveniently access transportation services or accommodations,” Morales said.

Hundreds of migrants, mainly Venezuelans, who have not yet been processed by Border Patrol have amassed in an El Paso neighborhood called Chihuahita as they await processing. Border agents do biometric screenings on migrants before their “street releases” but hold those who may pose a threat to public safety.

Venezuelans have migrated to the U.S. in large numbers in recent years because of poverty, violence and shortages of medicine and food in their homeland.

El Paso’s Democratic mayor joined Texas’ Republican governor in August by chartering buses and sending migrants to New York City, but most are still responsible for finding their own transportation to the destinations inside the U.S. where they are eventually to appear before immigration courts.

A year ago, in late September 2021, more than 10,000 Haitian migrants camped under a bridge during a surge in Del Rio, Texas.