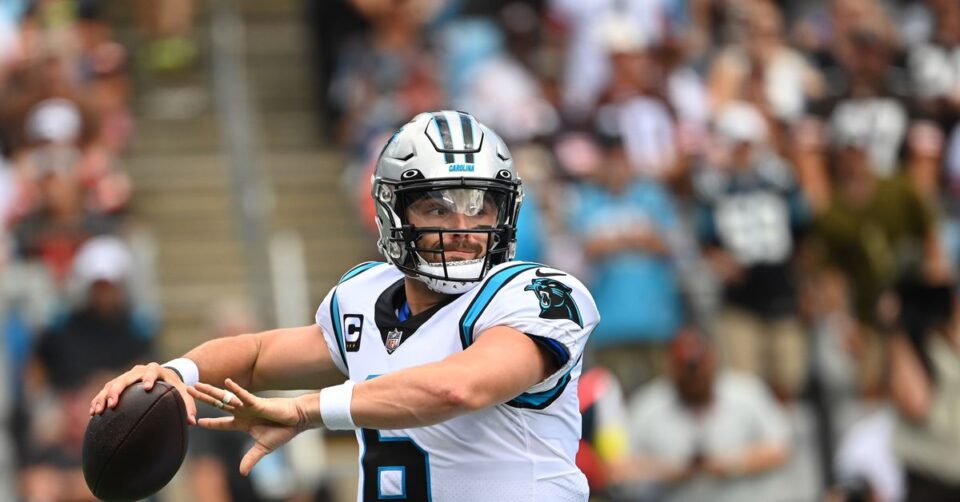 One of the biggest storylines of the first week of the 2022 NFL season was the meeting between Baker Mayfield and his former team, the Cleveland Browns. The game ended on a rather controversial note, as a roughing the passer penalty enforced against the Carolina Panthers put Cleveland in position for rookie kicker Cade York’s 58-yard field goal to win the game on the final play.

As for Mayfield, the new Panthers starting quarterback completed 16 of 27 passes for 235 yards and a touchdown, but did throw an interception early in the second quarter. The Browns went on to score a touchdown on their ensuing possession for the first points of the game.

Also of note is the fact that Mayfield had five passes tipped at or near the line of scrimmage in the loss. On the first play of the season in fact, former teammate Jadeveon Clowney tipped a pass intended for wide receiver Robby Anderson:

Mayfield was asked about the number of tipped passes we saw Sunday when he met with the media on Wednesday, and the quarterback jokingly pointed the finger in an interesting direction:

Mayfield on how to avoid batted balls: “Lay on an inverted table. Get taller. Thanks Mom and Dad.”

I suspect he has used this line before.

Mayfield’s quip harkens back to his pre-draft evaluation, when his height was a huge focus during the Senior Bowl and then at the Combine in Indianapolis. Mayfield measured in at 6’0” 5/8 at the Combine back in 2018, which was actually bigger than his Senior Bowl measurement of 6’0” 3/8. Perhaps Mayfield needs to do a better job at finding throwing lanes, or maybe an inverted table is in his future.

Or maybe it indeed started with mom and dad.