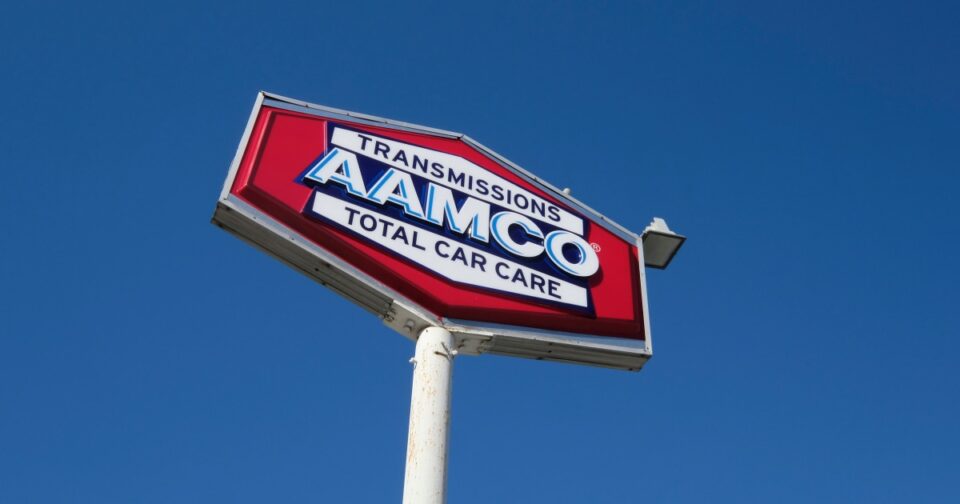 A former Black executive at AAMCO’s corporate offices in Pennsylvania filed a federal lawsuit Wednesday against the transmission repair chain alleging it paid him significantly less than his white counterparts and leadership acted in retaliation after he complained of a “racial pay disparity.”

Jerome Staley, 27, said he was hired in 2018 as a regional manager in the Southeast and then was promoted two years later as vice president of operations for the East region. According to the complaint, he was the first Black executive employee at AAMCO, a 60-year-old franchise business with nearly 600 automotive centers across North America.

He said he was also featured in the company’s marketing and promotional materials “to emphasize its new diversity” following the death of George Floyd in May 2020, according to the complaint.

But in 2021, Staley said, he learned from another executive that his salary of $100,000 plus bonuses was almost $40,000 less than the other vice presidents. He raised concerns of “disparate treatment in compensation” to those above him, including to CEO James Gregory.

“Mr. Gregory told Mr. Staley that he was ‘disappointed’ in Mr. Staley for complaining of race discrimination and responded to Mr. Staley’s complaint by saying: ‘you make enough,’” according to the suit, which was filed in U.S. District Court for the Eastern District of Pennsylvania.

Staley, a married father of two, said his salary should have aligned with the fact that he was promoted to an important role overseeing a major territory, and his age and experience as compared to other vice presidents was not the issue.

“I was called to handle and put out a lot fires,” he told NBC News. “And I was given a territory where someone who had more ‘experience’ than me previously wasn’t able to thrive.”

Staley said he was due an $11,000 bonus after his territory ranked No. 1 in performance in the third quarter of 2021. When he asked leadership why he never received the money, they responded that they were “withholding bonuses for this quarter because they did not think that Mr. Staley sufficiently trained his team,” according to the suit.

His suit also said that “after only a few months at the helm, Mr. Staley’s eastern divisions ranked first, second, and third in third-quarter sales of all the stores in the nation. Such tremendous turnaround performance is impossible without sufficient training.”

Staley, however, said in his complaint that he submitted his resignation last November because he was “unwilling to work for a company that denied him equal pay and retaliated against him for opposing the racial disparity in executive compensation.”

Staley also claims that AAMCO continued to retaliate against him when he sought to become a co-franchisee with an existing store in Aiken, South Carolina, operated by a Black couple. Staley said despite his negative experience at corporate, he still wanted to “leverage his operations expertise” by becoming his own boss, but AAMCO denied his application, according to the complaint.

He said leadership told him he was rejected “because of how you left,” but that a white employee who was fired from AAMCO and similarly sought to become a franchisee had his application accepted.

AAMCO’s parent company, American Driveline Systems, which was acquired by billionaire investor Carl Icahn in 2017, said in a response that it “takes these allegations very seriously.”

“While we cannot discuss the details of these claims due to the pendency of the litigation, we can say that they are without merit and we will vigorously defend against them,” Amy Baker Johnson, the company’s chief marketing officer, said in an email.

In recent years, AAMCO  — known for commercials that spell out “double-A-M-C-O” — has been the subject of class-action lawsuits alleging franchisees were misled about their financial prospects and other aspects of the business. At least two of those suits have been dismissed.

Staley has since given up his attempt to become a co-franchisee and is now employed with Public Storage’s corporate offices. His lawsuit, which claims his civil rights were violated, is seeking compensatory damages.

He said the larger reckoning that prompted a wave of American companies to re-examine the racial makeup of their boardrooms and increase diversity hiring is still awaiting other businesses where employees of color are being taken for granted.

Erik Ortiz is a staff writer for NBC News focusing on racial injustice and social inequality.

Gun-toting woman holds up Beirut bank and leaves with her own savings, local TV reports