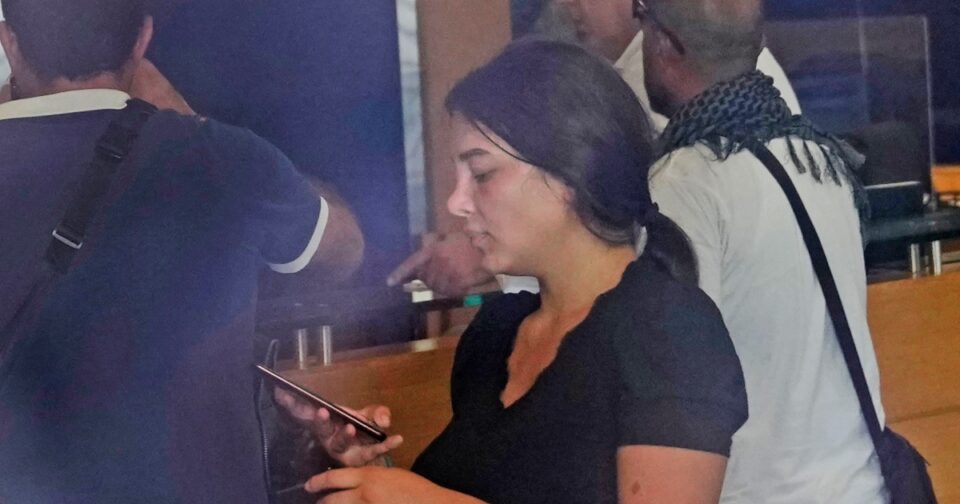 An armed woman walked away with more than $13,000 of her own savings from a bank in the Lebanese capital, Beirut, on Wednesday, after briefly holding up the branch, according to a local television station.

A video apparently of the woman, whom the local television channel Al Jadeed identified as Sally Hafiz, has been uploaded to Twitter. On the video, Hafiz said she demanded the money to help pay for her sister’s cancer treatment, according to the channel.

NBC News was not able to independently confirm the details reported by Al Jadeed.

Lebanon’s banks have locked most depositors out of their savings since a financial crisis took hold three years ago, leaving much of the population unable to pay for basic needs. According to Reuters, people can withdraw up to $800 a month.

Hafiz was celebrated as a hero across social media in Lebanon, as many in the small crisis-hit country struggle to make ends meet and retrieve their savings. She encouraged others to take similar action to reclaim their savings.

Jenan Mousa, a reporter for Al-Aan TV, also uploaded video of the incident, which showed a black-clad woman standing on a desk in a bank and tucking what appeared to be a gun into the belt of her pants.

Wednesday’s incident comes about a month after a man held up another Beirut commercial bank to withdraw his own funds to treat his sick father.

Around 11 a.m. (4 a.m. ET), Hafiz entered BLOM Bank in Beirut’s Sodeco neighborhood and demanded access to her funds, according to Al Jadeed.

Hafiz later told Al Jadeed that the gun was a toy, and that she was trying to retrieve money to finance the treatment of her sister who has cancer.

“I have nothing more to lose, I got to the end of the road. I went to the branch manager two days ago and said my sister is dying, she doesn’t have time,” she said, according to a translation by Reuters.

“I got to a point where I was going to sell my kidney so that my sister could receive treatment,” she said.

Hafiz said she left with $13,000, most of it in dollars. NBC News was not able to immediately contact the bank to get its version of events.

Hafiz’s mother, Hiam, told Al Jadeed that the money was crucial for the survival of her daughter.

“All we have is this money in the bank. My daughter was forced to take this money — it’s her right, it’s in her account — to treat her sister,” she said.

After the previous incident in August, the alleged perpetrator was arrested but then later released without charge after the bank dropped its lawsuit.