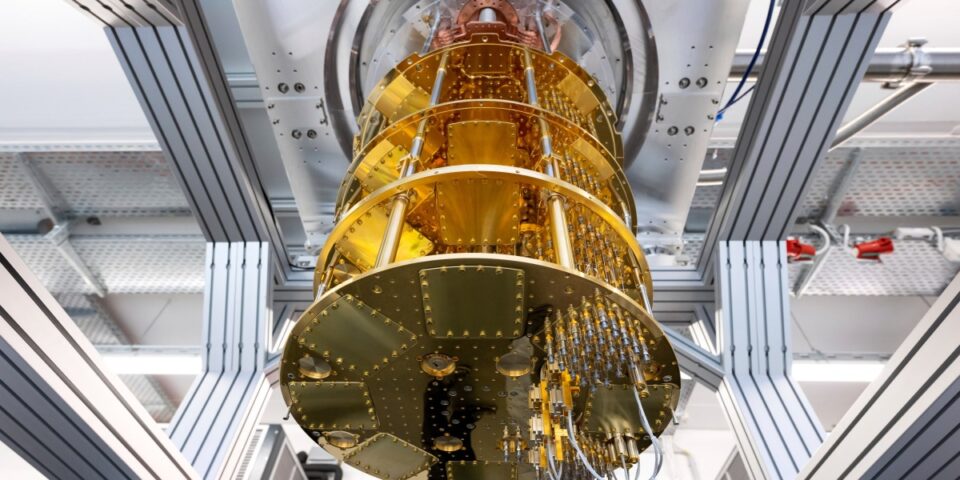 Cryptographic algorithms are what keep us safe online, protecting our privacy and securing the transfer of information.

But many experts fear that quantum computers could one day break these algorithms, leaving us open to attack from hackers and fraudsters. And those quantum computers may be ready sooner than many people think.

That’s why there is serious work underway to design new types of algorithms that are resistant to even the most powerful quantum computer we can imagine. Read our emerging journalist fellow Tammy Xu’s full story on how quantum-resistant algorithms are being developed—and what comes next.

This is part of Tech Review Explains: where our writers untangle the complex, messy world of technology to help you better understand what comes next. Check out our other smart explainers here.

Today is your last chance to sign up to receive the first wave of MIT Technology Review’s five new newsletters! Tomorrow is the very first edition of The Checkup, written by our senior biomedicine reporter Jesscia Hamzelou. Sign up here to receive it in your inbox every Thursday, and check out our full list of newsletters here.

1 Google has lost its EU antitrust challenge
It’s been fined more than 4 billion euros after it was found to have abused its dominance of the Android system. (Reuters)
+ The company failed to appeal the charge, which was first announced in 2018. (The Verge)
+ South Korea has fined Google and Facebook for privacy violations. (FT $)

2 The US economy isn’t out of the woods yet
Inflation hasn’t fallen in the way investors had hoped it would. (Economist $)

3 Someone is digging for dirt on the Twitter whistleblower
Whoever’s behind it is willing to pay—but his former colleagues are keeping schtum. (New Yorker $)
+ Peiter ‘Mudge’ Zatko’s Senate testimony did not paint Twitter in a good light. (WP $)
+ In fact, it’s renewed senators’ appetite for tighter regulation. (Bloomberg $)

4 What robot surgeons and autonomous cars have in common
We’re still reluctant to trust them with life or death decisions. (Knowable Magazine)
+ Robot-assisted high-precision surgery has passed its first test in humans. (MIT Technology Review)

5 The hard lessons learned from California’s wildfires
And the role power companies played in exacerbating them. (Vox)
+ Gene-edited crops could benefit from Europe’s severe drought. (Wired $)

6 Brain scans can’t diagnose mental conditions
However, some scientists are hopeful that they could help to aid recovery. (Slate $)
+ The quest to learn if our brain’s mutations affect mental health. (MIT Technology Review)

7 Inside the memeification of culture wars
Online tropes have mobilized huge groups to the point of insurrection. (The Atlantic $)

8 Elon Musk’s biggest fans are moving to Texas 🌵
To get as close to the SpaceX action as possible. (The Verge)
+ No one else at SpaceX can access Musk’s emails. (The Verge)

9 How to turn personal tragedy into content
Eva Benefield’s t-shirt business is thriving off the back of her dark past. (Input)

10 America is making the moon a priority again 🌕
Despite the difficulties in sending humans back there. (New Scientist $)
+ Ukraine’s astronomers keep spotting loads of UFOs. (Motherboard)

“You can’t buy as many toys or shiny things.”

Inside the rise of police department real-time crime centers

At a conference in New Orleans in 2007, Jon Greiner, then the chief of police in Ogden, Utah, heard a presentation by the New York City Police Department about a sophisticated new data hub called a “real time crime center.”

In the early 1990s, the NYPD had pioneered a system called CompStat that aimed to discern patterns in crime data, since widely adopted by large police departments around the country. With the real time crime center, the idea was to go a step further: What if dispatchers could use the department’s vast trove of data to inform the police response to incidents as they occurred?

Around the country, the expansion of police technology has been driven more by conversations between police agencies and their vendors than between police and the public they serve. And as federal and state laws take their time to catch up, who gets to decide how close a tool can really get to your constitutional rights? Read the full story.

Reining in the Risks of Sustainable Sourcing