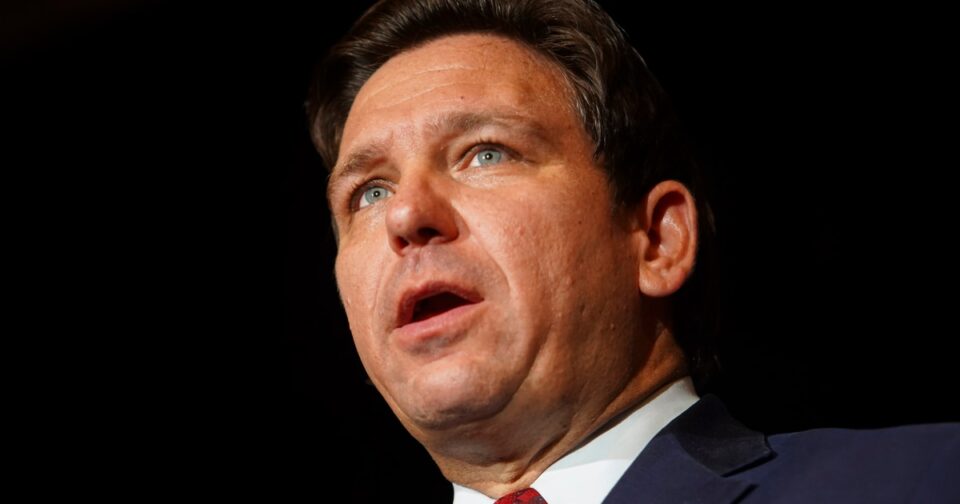 After two planeloads of migrants were flown to Martha’s Vineyard, Massachusetts, Florida Gov. Ron DeSantis’ administration made sure Fox News had the exclusive video Wednesday so conservatives could cheer him on — and liberals would fume.

The day before in Illinois, Democratic Gov. J.B. Pritzker issued an emergency declaration to grapple with nearly 500 immigrants bused to Chicago by Republican Texas Gov. Greg Abbott, mobilizing the state’s National Guard after he stood before the media to call Abbott’s actions “disgusting.”

Not to be outdone, California Gov. Gavin Newsom, also a Democrat, entered the fray Wednesday, calling for the Justice Department to investigate DeSantis and Abbott for their actions.

The way these prominent governors, at opposite ends of the political spectrum, are responding to the country’s immigration crisis has elevated their national profiles in their parties at the same time it’s boosting their positioning for potential White House runs in 2024, if everything falls into line.

And with less than two months to go until the midterm elections, the Republican governors have also managed to inject back into the national conversation an issue that mobilizes the party’s base at a moment when they’re happy to change the subject from abortion rights, a topic that has helped Democrats make gains.

Abbott, DeSantis, Pritzker and Newsom are running for re-election, but insiders in both parties say it’s clear that the potential of 2024 White House runs is playing out in the background as the immigrant debate rolls to a boil nationally.

“Remember, there are two campaigns for DeSantis: president and governor. This was for the presidential campaign,” said former Rep. Carlos Curbelo, a moderate Republican from Miami.

As DeSantis has shot to national prominence, Newsom and Pritzker have tried to pick fights with him in recent months, with Pritzker going so far as to headline Florida Democrats’ annual gala in July, when he won accolades from the party faithful for taking their bête noire to task.

For Pritzker, the immigrant arrivals is as much a test of how he performs in a politically volatile predicament as it is an opportunity to elevate himself as an antidote to DeSantis and Abbott, whom Democratic voters view as GOP villains.

For any future Pritzker presidential run, he said, “it’s a big plus.”

“It’s a story you can talk about in people’s living rooms and small gymnasiums as you’re campaigning for president in those early primary states,” he said.

In declaring an emergency, Pritzker expedited housing, food and medical assistance for the new arrivals while activating the National Guard. As bus after bus arrived in Chicago, Pritzker repeatedly condemned Abbott, calling him and his office “wholly uncooperative,” and accused Republicans of “trying to sow chaos around the country.”

“The Governor of the state of Texas is choosing not to notify us when he is sending busloads of families — we don’t know how many are children or what they need before they arrive,” Pritzker wrote in a Twitter thread Wednesday. “Here in Illinois, we refuse to stoop to that man’s level. We will provide food, shelter, and healthcare for the children, women, and men that need it.”

And Newsom’s move is just his latest attempt to step into the national spotlight. That includes running ads in Florida and Texas attacking their restrictive abortion laws and celebrating Californians’ access to abortion.

From legislation over race and sexual orientation to Covid policy, DeSantis has built a national political brand picking fights with Democrats designed to outrage them and thrill his base.

In brief remarks to Florida reporters, DeSantis suggested the immigrants came from Florida (although news reports have suggested that at least some may have come from Texas). And he made it clear who his targets were: President Joe Biden and blue state Democrats who support his policies.

“We take what’s happening at the southern border very seriously —unlike some and unlike the president of the United States,” DeSantis said before he shifted his focus to people in Washington, D.C., New York and other “sanctuary cities.”

“The minute even a small fraction of what those border towns deal with every day is brought to their front door, they all of a sudden go berserk,” he said. “And they’re so upset that this is happening. And it just shows, you know, their virtue-signaling is a fraud. OK?”

Abbott, who is also positioning himself for a potential 2024 bid if former President Donald Trump doesn’t run, pioneered the relocation of migrants to blue state “sanctuary” cities and regions. As with DeSantis, Abbott has said those who support Biden’s immigration policies should bear some of the cost, irking Democratic officials in New York and, most recently, Chicago.

A spokeswoman for Abbott, Renae Eze, said his program is purely voluntary: Migrants are given information about potential destination cities, and they have to sign a disclosure form acknowledging they have been informed about the particulars of the bus rides to the Northern cities.

“Our office has had conversations with Governor DeSantis and his team about supporting our busing strategy to provide much-needed relief to our overwhelmed and overrun border communities,” Eze said in a written statement. “Though we were not involved in these initial planes to Martha’s Vineyard, we appreciate the support in responding to this national crisis and helping Texans.”

According to news reports, most of the migrants flown to the island were from Venezuela, a small but growing bloc of voters in Florida that Republicans and Democrats are fighting for, especially in Miami.

Juan Escalante, a Venezuelan-born immigration rights advocate from Florida, swiped at DeSantis because “the same governor that proclaimed a ‘Victims of Communism Day’ in Florida” is the same person who is “using Venezuelan asylum-seekers as props to bolster his political image.”

In an interview, Illinois Deputy Gov. Sol Flores predicted that if Republicans are out to score political points, it will backfire.