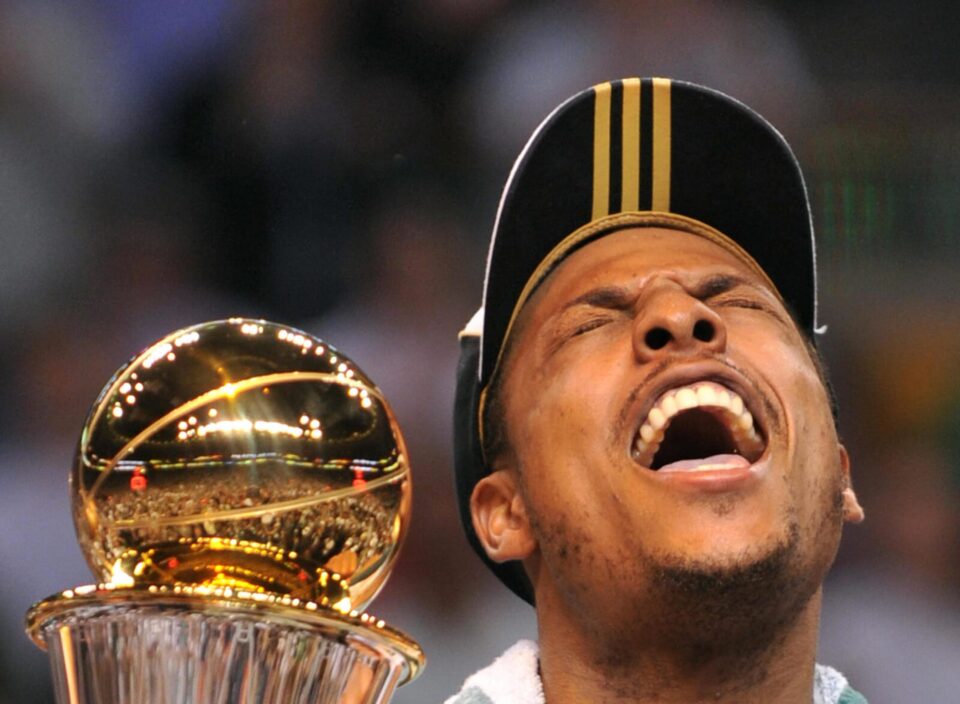 Former Boston Celtics star Paul Pierce gave the final word on infamous 2008 NBA Finals rumor: “Only sh*tting that I did was on the Lakers.”

Before Julian Edelman and Sam Morril dropped the first episode of their “Games With Names” sports history podcast, the duo dropped a hint as to what NBA fans could learn on their upcoming episode featuring Celtics legend Paul Pierce.

More than anything else, inquiring minds would like to know: what really happened during the Wheelchair Game?

“We learn everything,” Edelman said of Pierce’s podcast confession.

Now that the episode has been released, The Truth shared the truth about the moment he went down with a miraculous knee injury in Game 1.

They try to put a black mark on it, but everybody knows that didn’t happen. Come on!”

“There were no squirt marks!” Edelman said to solidify his point.

Morril joked that they would have to rewatch Game 1 footage “like the JFK tapes”, but according to Paul, there’s no need. Nothing odious happened on the court that day, except to Los Angeles, who lost the game 88-98.

“But why would I be rolling on the ground if I did that? Like who does that? Wouldn’t that be kind of disgusting?

No, the only shitting that I did was on the Lakers.”

Paul Pierce gives the final word on Wheelchair Game rumors and life with the CelticsBefore the podcast got to the nitty-gritty of how Paul was able to return to the court and finish Game 1 with 22 points, Paul spoke to a more serious aspect of his Celtics career: how being in Boston challenged his identity as a lifelong Lakers fan from L.A.

“Man, it was like real mixed emotions… Celtics wasn’t even on my radar. But then it was just like, they picked me. I was just like, man, it’s hard. You’re just happy to get drafted, so you go in the draft room and you’re like, ‘Okay, I’m about to be one of the top picks.’ You’re happy wherever you go.

But for me, when I got picked by the Celtics, it was like happy to get drafted, but it was like, ‘Huh?’ It was almost like the fake smile. It was like, ‘What just happened?’ kind of moment. Because it was just like, ‘Damn, I’m going to really find out who my friends are really. Who’s going to really come to the game and wear that Celtics jersey, being that all my friends are from L.A.? You know, who’s really going to ride with PP? That’s what I found out who my true friends was.”

One of Pierce’s true friends is Edelman, who was arrested in Beverly Hills in 2020 during a night out with Pierce.

On the podcast, Pierce clowned Edelman for getting arrested because of a weak attempt at a hood slide across a random car.

“Imma tell you this, that was the weakest hood slide ever. You didn’t even make it all the way across. You was like slid and stopped in the middle, I was like, ‘Ahh nah.’”

Edelman faulted his failure to the fact that he was wearing jeans, and Pierce, a true friend, had his back through the endeavor.

Pierce also went on to explain why Boston is the most hated sports city in America, as well as why Giannis Antetokoumpo “can play in any era.”