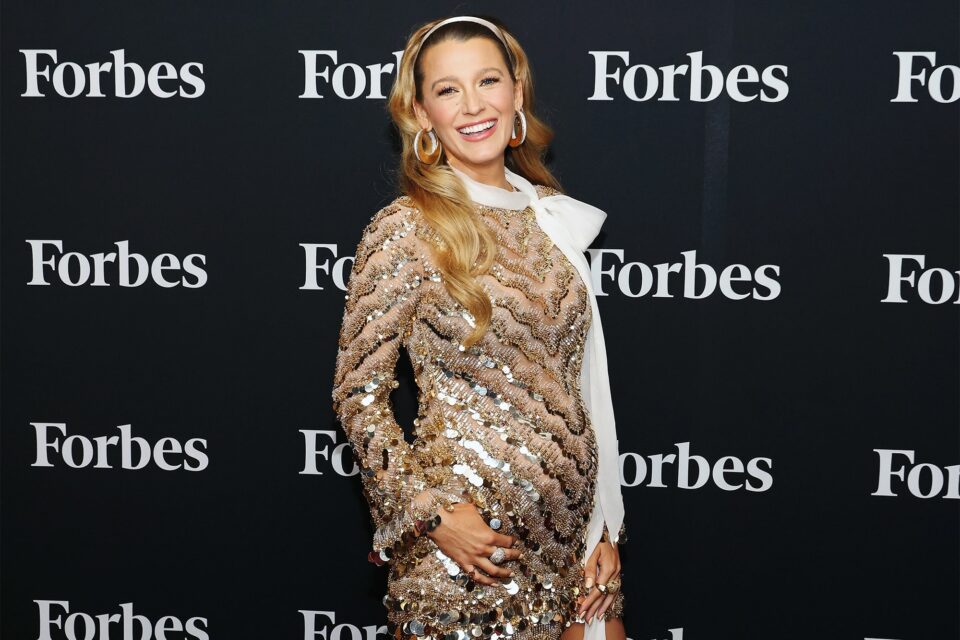 Blake Lively joined Moira Forbes onstage to kick off the 10th annual Forbes Power Women’s Summit in New York on Thursday, and she came packing a surprise. Well, two surprises. The first was bottles of her new sparkling mixer Betty Buzz, and the other was a baby bump.

The multihyphenate is married to fellow multihyphenate Ryan Reynolds with whom she already has three daughters under the age of 7: James, Inez, and Betty. Lively got a laugh in the room when she told Forbes, “I just like to create—whether that’s baking or storytelling or businesses or humans.”

The actor-producer spoke of a long held desire to be more involved in the creative process at work, and believes she’s at a point in her career where she can and will only take parts that will give her some authorship in filmmaking. Those boundaries seem to be working. Soon she’ll add feature-length film director to her résumé with an adaptation of the graphic novel Seconds by Scott Pilgrim creator Bryan Lee O’Malley (she’s already directed the video for Taylor Swift’s “I Bet You Think About Me”).

Lively also spoke of her own family, reminding the audience that she was one of five children:

My family is the most important thing to me, and they always have been. I grew up in a family of five, and my mom is the hardest working person I’ve ever met. She doesn’t take no for an answer, which is the greatest strength, but also her greatest weakness.Like there’s no boundaries whatsoever. If someone tells her no, she just literally doesn’t understand the word, even though the word ‘no’ in most languages translates quite well. She … never processed it.

I grew up watching a woman be everything: be a mom and also be the hardest working business woman I knew. So it’s important for me for my kids to see that you don’t have to choose one or the other. I don’t need them to choose to be a business woman or mom. They can be both or neither, but [I want] them to see that anything is possible.

Vanity Fair has reached out to Lively’s representative. Neither Lively nor Reynolds has confirmed the pregnancy themselves.