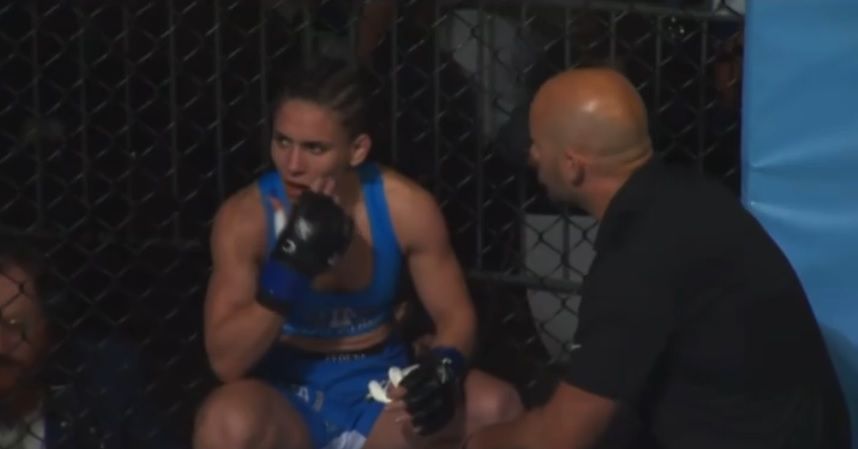 In a formal complaint filed by Ferreira’s team to the Calgary Combative Sports Commission regarding an Aug. 27 loss to Nikolakakos at a show in Calgary, Canada, Ferreira accused Nikolakakos of committing multiple fouls during the five-round bout in an Instagram post accompanied by video evidence from the contest.

MMA Fighting confirmed with a commission official on Thursday that the result of the bout — a technical decision win for Nikolakakos — has been upheld, following a review of the complaint on Sept. 1. No further review of the bout is expected to take place.

Speaking to MMA Fighting’s Guilherme Cruz last week, Ferreira alleged that Nikolakakos committed fouls throughout the fight, pointing to a headbutt in Round 1, “fingers to my ribs” in Round 3, and a knee to the head of a grounded Ferreira in Round 4 that led to the fight being stopped and the judges rendering a technical decision in Nikolakakos’s favor.

“She took me down early in Round 4 and went to side control and kneed me in the head,” Ferreira said. “There’s no way that was not intentional. I don’t know why she committed those fouls, but that’s three fouls and no points deducted. You can see her committing the fouls in the video. In her interview after the fight, she said mistakes happen. She didn’t apologize, she said like it was normal.”

Last week, MMA Fighting also spoke to Nikolakakos, who declined to comment other than saying that her management and coaches were handling the situation.

MMA Fighting has reached out to both fighters for further comment on the commission’s ruling.

Watch the video of the alleged fouls posted by Ferreira below.

Thanks to Steven Kelliher of Tapology for providing additional information.