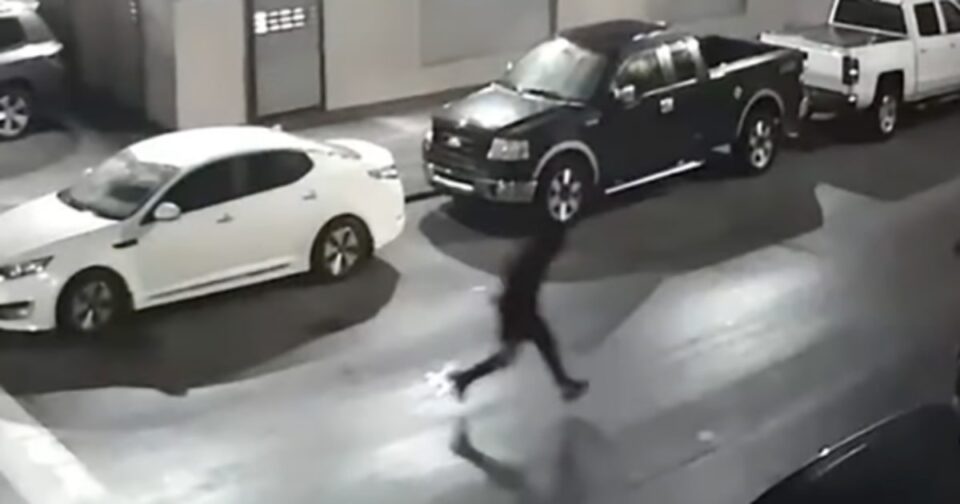 A shooter followed two people before fatally firing at a 17-year-old girl who was walking along a Philadelphia street with a friend and dog, video released this week by police shows.

On Wednesday, the Philadelphia Police Department released security video of the shooting and the minutes leading up to it.

The video shows a dark-colored Dodge Challenger parked in a traffic lane with its hazard lights on while Johnson and another person pass with a dog.

The car turns a corner and parks for 2 minutes until Johnson and the friend walk by, the video shows.

After they do, a person is seen in the video running across the street. The person crouches, hides behind a van and looks around, the video shows.

Video taken from another angle appears to show the person gesture to the Challenger, which pulls up alongside. The person gets into the passenger side, and the vehicle drives a short distance before the car comes to a stop, video shows.

A person gets out of the passenger side, opens fire and runs back to the car, the video appears to show.

The other person she was with was not physically injured, police told the station.

Johnson was taken to Temple University Hospital, where she died, police said.

Police Inspector D F Pace said the victim and shooter did not appear to know each other, the station reported. A motive was not known.

As of Thursday, there have been 387 homicides in the city, up 3% from 376 this time last year, Police Department data shows.

Claire Cardona is a breaking news editor for NBC News Digital based in Texas.