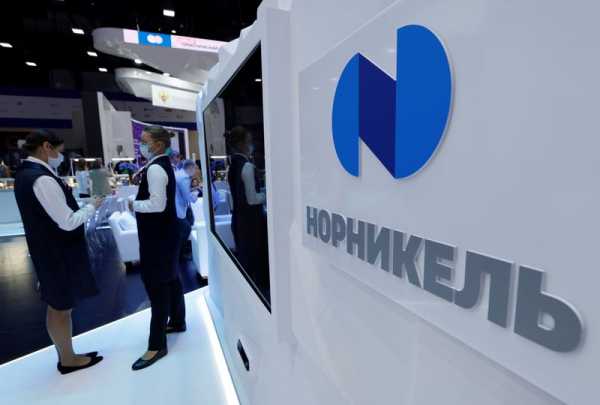 MOSCOW (Reuters) -Russian mining giant Nornickel plans to increase the equity holdings of employees and other individuals to collectively comprise 25% of the company, up from 10% now, its largest shareholder Vladimir Potanin told RBC TV.

Nornickel, the world’s top palladium and refined nickel producer, was one of the biggest prizes in the post-Soviet carve-up of Russian industry in 1990s, and it currently employs 72,000 people.

“When Norilsk Nickel (Nornickel) was privatised about 25% of shares were owned by employees,” Potanin said in an interview broadcast on Saturday. “I would like to recover this historical justice and make sure that 25% of Nornickel’s shares are returned to the people, including employees.”

Potanin said the change would be included in a 10-year programme called “Digital Investor” that would begin in 2023, and would involve digital financial assets and lock-up periods. He did not give further details about the plan or how the equity holdings would be increased.

Aluminium producer Rusal, which owns 26% of the company, did not immediately reply to a Reuters request for comment.

Potanin in July floated the idea of a $60 billion merger of Nornickel with Rusal as a means of mitigating possible sanctions risks, but on Saturday said the idea had been postponed.

“I think the idea is still interesting, still alive, but we will have to put it off until later, when our colleagues are ready for talks on this,” Potanin said.

He also said a 10-year shareholder agreement protecting Nornickel’s dividend payouts was on track to expire at the end of 2022.

The deal ended a conflict between Interros and Rusal in 2012. There are no talks to renew the deal, sources told Reuters earlier this month.

Potanin also said Nornickel was preparing to reorient itself more towards Asian markets, to guard against any change in the West’s sanctions policy or clients trying to “twist our arms”.

Nornickel has not been directly targeted by the Western sanctions imposed on Moscow since it sent thousands of troops to Ukraine on Feb. 24.

“Some of our partners are trying to revise the terms of existing contracts in their favour, trying to reduce the volume of purchases for the upcoming period, imposing on themselves a kind of self-sanctions, moving away from goods of Russian origin as much as possible,” the Potanin said.

In the first seven months of this year, Europe accounted for the usual 50% of Nornickel’s sales and the United States about 20%, he added.