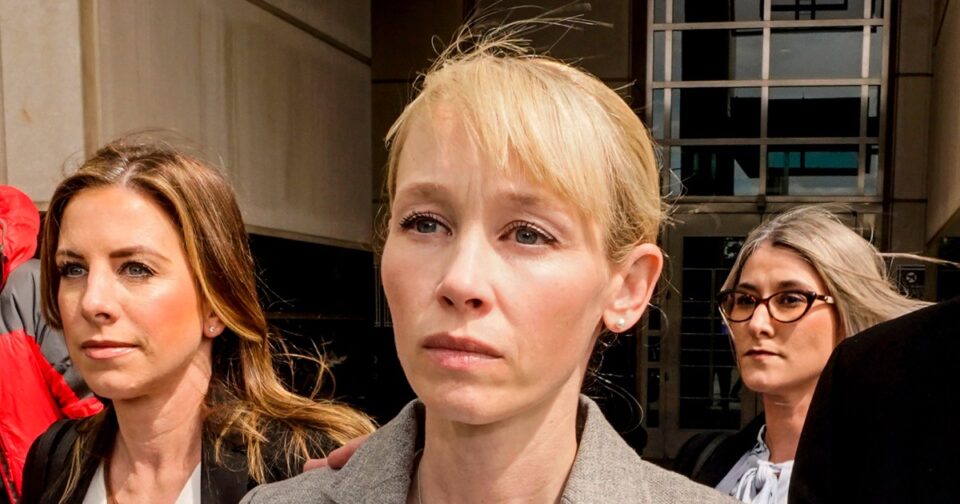 Sherri Papini, the California woman who pleaded guilty to faking her own kidnapping and lying about it to the FBI, was sentenced Monday to 18 months in prison.

“A lesser sentence, such as the one month of imprisonment recommended by probation or home detention in lieu of incarceration, is not sufficient to achieve the purposes of sentencing,” prosecutors wrote in a sentencing memorandum filed Sept. 12 in U.S. District Court for Eastern California. They also recommended three years of supervised release after she serves her time in prison.

U.S. District Judge William Shubb agreed, giving Papini prison time along with 36 months of supervised release. She was ordered to surrender by Nov. 8 and to pay $309,902 in restitution for losses incurred by the California Victim Compensation Board, the Social Security Administration, the Shasta County Sheriff’s Office and the FBI.

He said before sentencing that his client was a changed person: “Whatever happened five years ago, that’s a different Sherri Papini than the person you see here today.”

Papini pleaded guilty in April to two counts of a 35-count indictment, admitting to mail fraud and lying to a law enforcement officer.

The charges didn’t stem from her faking her abduction but rather from the lies she continued to tell for years afterward.

Papini, a mother of two from Redding, was arrested more than five years after she was reported missing in November 2016. She reappeared three weeks later, on Thanksgiving, about 145 miles south of where she had vanished, with injuries that authorities now believe were self-inflicted and a brand on her shoulder, which she blamed on her abductors.

Papini told police that two Hispanic women had abducted her. But investigators found male DNA on Papini’s clothing — DNA that led them to her ex-boyfriend, whom she had been staying with the entire time she pretended to be missing.

Papini had fled to the former boyfriend in Southern California, nearly 600 miles south of her home. He dropped her off along Interstate 5 about 150 miles from her home after she said she wanted to go home.

The former boyfriend told investigators that Papini had asked him to hit her — he wouldn’t, but he agreed to hold a hockey stick for her to run into and to pelt her with hockey pucks. He also branded her when she asked him to.

“State and federal investigators devoted limited resources to Papini’s case for nearly four years before they independently learned truth: that she was not kidnapped or tortured,” prosecutors said in the sentencing documents.

The government said an eight-month sentence would discourage Papini from ever trying such a scheme again and dissuade others from committing fraud.

The sentence is also appropriate, prosecutors said, because Papini’s crimes had “many societal harms such as causing the public to live in fear and possibly causing law enforcement to doubt the veracity of future victims’ claims.”

“An entire community believed the hoax and lived in fear that Hispanic women were roving the streets to abduct and sell women,” prosecutors said.

“She maintained her hoax and received Social Security and California Victims’ benefits for years, demonstrating that she had no remorse for her actions even after the FBI presented her with evidence of her fraud,” the documents said.