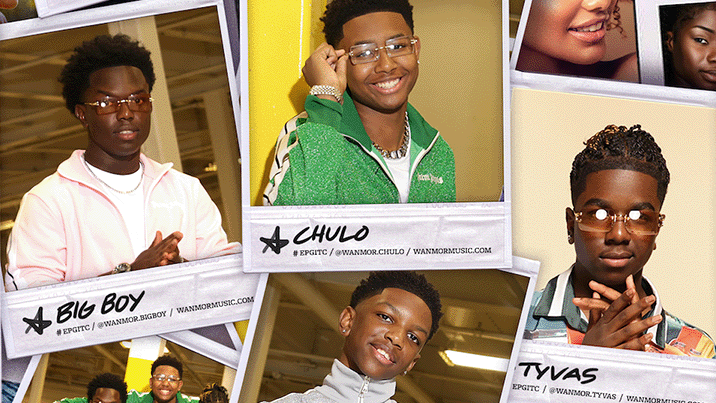 Meet Big Boy, Chulo, Tyvas, and Rocco—sons of R&B legend Wanya Morris of Boyz II Men. The young men have formed a new quartet known as WanMor and are the first artists to be signed to Mary J. Blige’s new label, Beautiful Life Productions, and 300 Entertainment.

“There’s been so much conversation about the state of R&B, and the next generation of R&B artists. This generation has been giving us great R&B, and that feeling, that soul and that sound remains in our DNA,” Blige expressed in a statement. “When we heard WanMor sing, we knew we could stop looking. They are IT! Supporting and cultivating true R&B talent is why I started Beautiful Life Productions, and I couldn’t be more proud to do this with these young men.”

Kevin Liles, chairman & CEO of 300 Entertainment and Elektra Music Group, added, “WanMor is what we have been missing in music. There’s no one out like them. It all comes down to their voices, songs, and fans. WanMor is bringing the superstar R&B group back. R&B is not dead. At 300, we are excited to partner again with Mary J Blige and her Beautiful Life team.”

Hailing from South Jersey, WanMor has spent the past five years cultivating its sound and has already performed on major stages including Madison Square Garden and the Crypto.com Arena. Despite having appeared on America’s Most Musical Family, Sesame Street, The Not-Too-Late Show with Elmo, and Little Big Shots, the group recently released their debut single, “Every Pretty Girl In The City,” set to be featured on their debut EP arriving this fall.

“’Every Pretty Girl In The City’ is a celebration of all girls in every city whose ‘pretty’ shines from the inside out,” WanMor explained in a statement. The track showcases their dynamic harmonies while the video highlights their unique and charming personalities.

Watch the video for WanMor’s debut single, “Every Pretty Girl In The City” below.