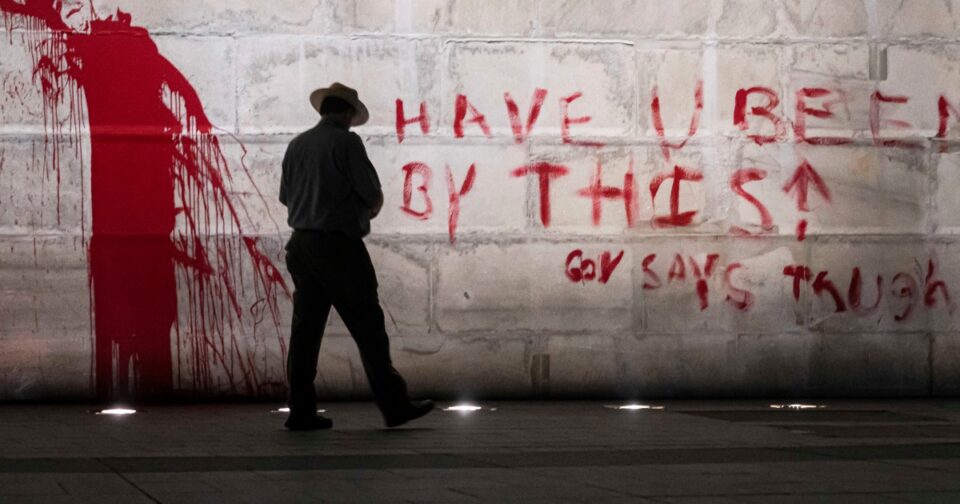 A man was taken into custody after the Washington Monument was vandalized with red paint late Tuesday, police said.

The United States Park Police issued an “alert” on Twitter saying the suspect had been apprehended. It was not immediately clear whether he will face any charges.

The area around base of the Washington Monument was temporarily closed following the incident, as National Park Service conservators looked to restore the statue.

The base of the monument could be seen smeared with a splash of red paint, accompanied by the words: “Have you been f—– by this … Gov says tough s—.”

The National Park Service was given jurisdiction over the monument in 1933, with the first restoration of the structure beginning as a Depression Era public works project in 1934.

Violent protests take place near an iPhone factory in China