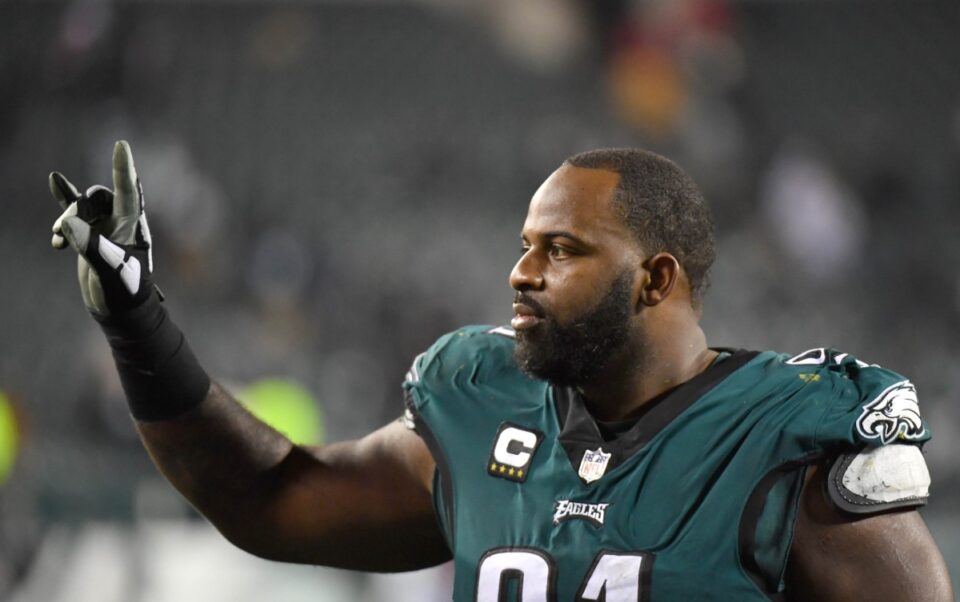 PHILADELPHIA – The villagers had begun pulling torches out of their garages and pitchforks from their basements. They were preparing to gather on Broad Street for a march ending at the Eagles’ training complex in South Philly.

They were coming for Jonathan Gannon.

And if Fletcher Cox was collateral damage along the way, then so be it, because Cox drew some ire in the days leading up to Monday night’s home opener against the Minnesota Vikings, with many saying the 31-year-old was physically cooked.

The Eagles young defensive coordinator and their veteran defensive lineman needed a game like Monday night to make them think twice.

Cox was active all game long.

He was part of a sack for the second straight week. This time he didn’t have to share it with Brandon Graham like he did last week in Detroit. He had three tackles and helped clog any running lanes Vikings RB Dalvin Cook had hoped to see.

“We hear all the doubters and all the naysayers, but we know what we see every day in practice,” said Cox.

What Eagles fans see are the 35 points the Lions hung on them last week. What they see is a deployment of personnel that doesn’t seem to play to a defense’s strengths.

What Eagles fans want is what they got from Gannon in the 24-7 win.

Gannon ratcheted up the blitz.

Against the Lions, he blitzed 15 percent of the time. Against the Vikings, he more than doubled that, sending blitzes on 33 percent of Minnesota’s offensive snaps.

The rush didn’t always get home, but Kirk Cousins was impacted. He threw three picks, two from Darius Slay, and did go down twice. In addition to Cox, Josh Sweat logged his first QB takedown of the season.

“I understand that, but as we were talking in a group, our first game was on us as a unit,” said Slay when asked if he was aware of the heat Ganon was taking after last week’s game.

“We didn’t tackle well and we didn’t execute well. That has a lot to do with pre-season, but that is still no excuse. It is not Gannon out there playing, he is just giving us the calls. We just have to execute it. He was in a lot of great situations, we just didn’t make the play.

“But (Monday night), we were on the other foot. We had our minds set to go out here and dominate and play this game with a lot of effort and with a lot of talent. Guys were out there executing their job. That is what we do. Coach put us in a great position to win.”

Gannon did his job well.

He disguised his coverages well utilizing a single-high safety look at times and two safeties, then deploying them in different ways each time.

He brought his cornerbacks closer to the line of scrimmage on several occasions.

So close at times were three corners that they could have told Gene Hackman in the movie, ‘Hoosiers,’ what kind of gum Vikings receivers Justin Jefferson, Adam Thielen, and K.J. Osborn were chewing or even if they were chewing any gum at all.

“The biggest thing is he knows we have his back. He calls the game and we have to go out and make the plays.”

This year, Cox is defending his DC.

So, put the torches and pitchforks down – for at least a week, anyway.

Ed Kracz is the publisher of SI.com’s Fan Nation Eagles Today and co-host of the Eagles Unfiltered Podcast. Check out the latest Eagles news at www.SI.com/NFL/Eagles or www.eaglesmaven.com and please follow him on Twitter: @kracze.