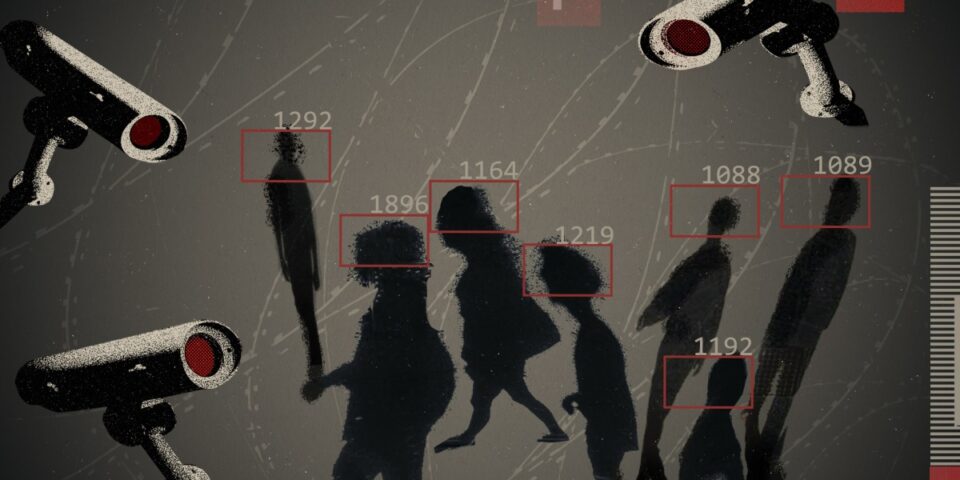 Despite President Biden’s assurances at Wednesday’s United Nations meeting that the US is not seeking a new cold war, one is brewing between the world’s autocracies and democracies—and technology is fueling it.

Late last week, Iran, Turkey, Myanmar, and a handful of other countries took steps toward becoming full members of the Shanghai Cooperation Organization (SCO), an economic and political alliance led by the authoritarian regimes of China and Russia.

The majority of SCO member countries, as well as other authoritarian states, are following China’s lead and are trending toward more digital rights abuses by increasing the mass digital surveillance of citizens, censorship, and controls on individual expression.

Watch this team of drones 3D-print a tower

The news: A mini-swarm’s worth of drones have been trained to work together to 3D-print some simple towers. Inspired by the way bees or wasps construct large nests, the process has multiple drones work together to build from a single blueprint, with one essentially checking the others’ work as it goes.

How it works: One drone deposits a layer of building material, and the other verifies the accuracy of everything printed so far. The drones are fully autonomous while flying, but they are monitored by a human who can step in if things go awry.

Why it matters: One day, the method could help with challenging projects such as post-disaster construction or even repairs on buildings that are too high to access safely, the team behind it hopes—and could construct buildings in the Arctic or even on Mars. Read the full story.

In the latest episode of our podcast, In Machines We Trust, we take a trip to a Californian vineyard to learn about how how it’s deploying sensors and other forms of AI. Listen to it on Apple Podcasts, or wherever else you usually listen.

3 Predators are targeting children on Twitch with startling ease
Its moderation tools are failing to protect young users from abusers. (Bloomberg $)
+ The platform is slashing the percentage of revenue it gives to its biggest streamers. (NYT $)

4 Making a battery-powered plane is really hard
But that’s not stopping companies from trying to overcome the significant hurdles. (WP $)
+ Air taxi firm Kittyhawk has announced that it’s closing down. (WSJ $)
+ This is what’s keeping electric planes from taking off. (MIT Technology Review)

5 The hidden dangers of machine translation
When harmless phrases are mistranslated into another language, the results can be deadly. (Slate $)

6 We need new painkillers 💊
We’re overly reliant on dangerous opioids. But finding new drugs that are equally effective is a long process. (Economist $)

7 South Korea doesn’t want to miss out on the US EV boom
Carmakers outside the US are excluded from the country’s tax credits break. (Rest of World)
+ China is considering legal action over the “discriminatory” law. (Bloomberg $)
+ EV tax credits could stall out on lack of US battery supply. (MIT Technology Review)

8 How tech can help save whales from fatal ship encounters
Data streams and microphones monitor the animals. (NYT $)

9 Neptune has never looked better
The James Webb Space Telescope has taken a super clear picture of the planet. (The Atlantic $)
+ NASA has refueled its Artemis 1 rocket ahead of its next launch. (The Verge)
+ SpaceX’s Starship rocket could take off in October, apparently. (CNET)

10 Cats and dogs may not need to eat so much meat 🐈‍⬛🐕
Evidence is mounting that pets can thrive on plant-based diets, but vets aren’t so sure. (New Scientist $)

“Start thinking with your sci-fi hat on.”

—Peter Singer, co-manager of futurist firm Useful Fiction, which has advised the US Air Force and military contractors, explains to Vox why the war in Ukraine has ushered in a new era of technological warfare.

Julius Mutero has spent his entire adult life farming a three-hectare plot in Mabiya, eastern Zimbabwe, but has harvested virtually nothing in the past six years. He is just one of the 86 million people in sub-Saharan Africa who the World Bank estimates will migrate domestically by 2050 because of climate change—the largest number predicted in any of six major regions the organization studied.

In Zimbabwe, farmers who have tried to stay put and adapt by harvesting rainwater or changing what they grow have found their efforts woefully inadequate in the face of new weather extremes. Droughts have already forced tens of thousands from the country’s lowlands to the Eastern Highlands. But their desperate moves are creating new competition for water in the region, and tensions may soon boil over. Read the full story.

How to Develop a Marketing Budget for Your Small Business

As holiday travel heats up, nearly 60 U.S. airports see service slashed in half